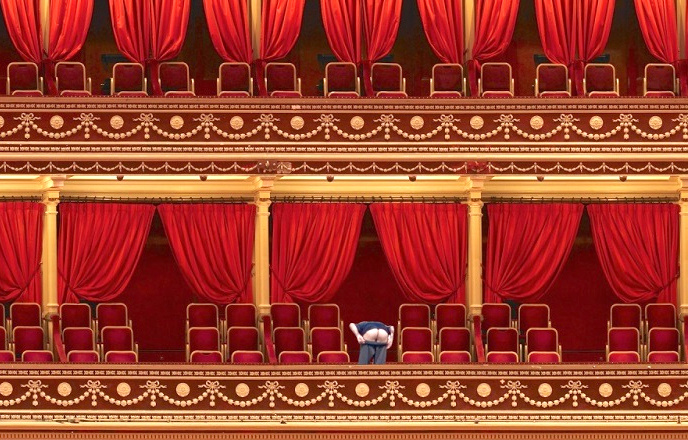 Your average American is a busy, low-information voter. They follow the big developments, but not much else. What most Americans know is: Uberprosekutor Mueller came up with a donut. The president beat the impeachment like a rented mule. Mitt Romney and his Holier-Than-Thou Honor Guard are sad and indignant. The House Nanny threw a public, speech-ripping hissy and Adam Schiff looks ten years older than he did last week.

The average Americans tuned out the first impeachment nonsense toward the beginning. Extending the franchise and throwing another installment of “Impeach the M***erf*****!” at the country might genuinely annoy a lot of Americans who remember when Congress used to do government things and stuff. To be sure, politics and government still have deadly serious consequences for some individuals and for the country. But for average Americans, politics is now reality TV, filled with endless turnabout and gotchas, lunatic MSNBC conspiracy theories, CNN and Fox News confessionals, and mucho schadenfreude.

Democrats already dropped their A-bomb. Impeachment was the apex of their grudge quest. Everything else is a letdown. Absent some huge plot development outside their control–like a war–there’s nothing more dramatic they can throw at the president now. The best the dems can hope for now is to continue to dance madly backwards and keep hitting the same high note in the faint hope that something grabs the public’s attention.

As for drama offerings: the president has nowhere to go but up. He’s been playing defense for three years, the cowboy who gets beat nearly to death by the outlaw gang at the beginning of the film. Everyone, including low-info voters, know that the president stands to mete out some epic payback. Payback makes for riveting entertainment. The president has already begun, with the sacking of the weasel Vindman kids and Gordon Sondland.  Critics will sit on the edge of their seats waiting for the poundings to commence, then discuss said poundings in their usual verbose exhausting detail.

After a vote in Iowa that reeked of third-world treachery — from monolithic TV propaganda against the challenger to rumors of foreign intrusion to, finally, a “botched” vote count that felt as legitimate as a Supreme Soviet election — the Democrats have become the reactionaries they once replaced.

Coinciding with the flatulent end of the party’s impeachment gambit, and the related news that Donald Trump is enjoying climbing approval ratings, the Blue Party was exposed as an incompetent lobby for doomed elites, dumb crooks with nothing left to offer but their exit.

To paraphrase the Joker: What do you get when you cross a political party that’s sold out for decades, with an electorate that’s been abandoned and treated like trash."