The Lincoln Project - Just a Gaggle of Hucksters

Since its inception late last fall the circle jerk known as The Lincoln Project has raked in millions, but the bulk of the funds (about 90%) paid to enterprises owned by members or gets dispersed directly to them. This group should be known instead as the ‘’Hypocrisy Project’’, based on the facts showing that what they complain the loudest about. 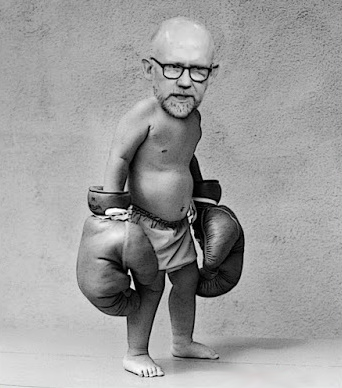 Rick Wilson has been in the midst of a particularly glaring flameout. The man who loves vulgarly describing President Trump’s racism has been exposed as harboring confederate affections. His infamous Rebel Flag beer cooler has rendered that extension of his bile as now moot. But other contradictions have come to light. Wilson has been harping on Trump about his lack of tax return transparency, but that seems projection now. He currently has a massive tax lien on his home. On top of this, the man who enjoys mocking Trump over being broke is also saddled with credit card debt to the tune of tens of thousands. And Wilson is hardly the lone prevaricator.

Fellow member John Weaver, who hails from the dismal son of a mailman John Kasich campaign is especially noteworthy. As the Lincoln Project has not shied away from the disproven Russian collusion story it has just been revealed he was registered as a Russian agent in order to lobby on behalf of Russian interests. It was not a matter of digging into his past either; Weaver obtained this status last summer, long after all matters concerning Russia have been demonized for years. Weaver has also been on the frontlines of referring to Trump as a tax cheat and fraudster. And Weaver has also found himself sitting on a massive tax lien on his home as well. And just to cap it off Weaver has ironically slammed Trump over his failed business dealings. Well the NYPost has found that Weaver and his wife have a lawsuit leveled against them by a Texas mall owner over their clothing business.

Just to complete the trifecta we get the nasty pointy headed Steve Schmidt, who enjoys a preferred status at MSNBC for being a GOP political strategist, is found to be lacking in political heft. His residence is in the state of Utah, but that state has effectively delisted Schmidt from the voting rolls. He has become labeled as an ‘’Inactive voter’’ due to inactivity over the past 2 years, as well as failing to respond to communications looking to confirm his status.

The crowd of self-guilding political ‘’operatives’’ has been gradually exposed on the regular in recent weeks, and the latest has arrived via the New York Post by Reporter Ebony Bowden and her tasty expose’ on the various members of TLP, and most amusing is they are rather upset about it. How dare anyone resort to their own tactics!

The result of this recent piece has brought out the daggers from The Lincoln Project. Bowden has come forward after the release of the article to say that she has been on the receiving end of serious aggression from the members. This comedy showcase sounds like a film reviewer who can be particularly hostile towards certain movies, but then becomes incensed when anyone dares to disagree with their opinion. Only they are permitted to be harsh and nasty, but the moment anyone comes after them they turn ugly.

The funniest part, what has the members of The Lincoln Project most upset is not conjecture and accusations — it is the facts.

And there is the hilarity to be found in this grift. An outfit that pretends to be the true arbiters of conservatism subsists mostly on fawning coverage in the left-wing media, does work strictly in opposition to those on the right, has come out to endorse Joe Biden, and collects the vast majority of its funding from Democrat sympathizers. You have to admire that level of grifting. Getting rich off of doing hack work to line your pockets with the largesse of liberal hysterics…I am completely jealous for not coming up with such a blatant scam.