We Are Governed by People Who Suck 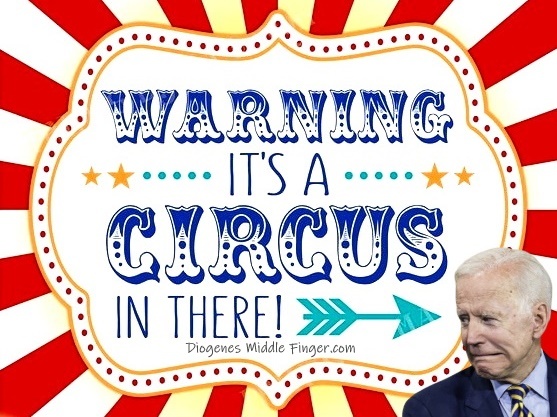 Everything about his presidency sucks. He sucks as a messenger, his economic policies suck, he completely sucks as a truth-teller. He sucks in the integrity department.  And people suffering from the debilitating effects of old age can tell you that absolutely sucks. You are not the person you used to be, and you can’t do the things you used to do. Joe Biden sucked before he became increasingly, cruelly incapacitated by the decline of his faculties.

We shouldn’t have been forced to embrace Biden’s suck. Biden’s family sucks for putting him, and us, through what’s going to obviously get much worse over time. This man has the toughest job in the world, and it’s obvious he’s not up to the task. If you can’t answer questions off the cuff from an almost universally friendly press corps, it means you suck at the job. We’ve had presidents who have sucked before. But not since Woodrow Wilson had a stroke in office and finished his second presidential term as an invalid, mostly comatose, with his wife running the country as a proxy president, have we had a situation sucking as badly as this one clearly will.

What’s worse is even now, we really don’t know who’s running the country. It’s supposed to be the guy we elected. The president is supposed to be in charge. Is Joe Biden in charge? He doesn’t even know what he’s doing here. He says it all the time. And the world is watching.

For more than three decades now the Democrat Party has had as its chief project the covering up of just how badly it sucks. If I had to guess I would say we’re being governed by a cabal of four, maybe five people: Susan  Rice is probably a proxy for Barack Obama, so you can toss him in as a Billy Preston to the Four Beatles of the American Apocalypse. Or maybe the Spice Girls. Because these people are not the Beatles. The Beatles didn’t suck....."

Here’s the problem: at some point, you just can’t cover it up. At some point you just plain suck. Last weeks press conference might well have been that point. This sucks. And it’s going to suck a lot worse going forward....."