Another Episode of “You Can’t Make This Sh*t up Because Left-Wing Loons Already Did”. #259 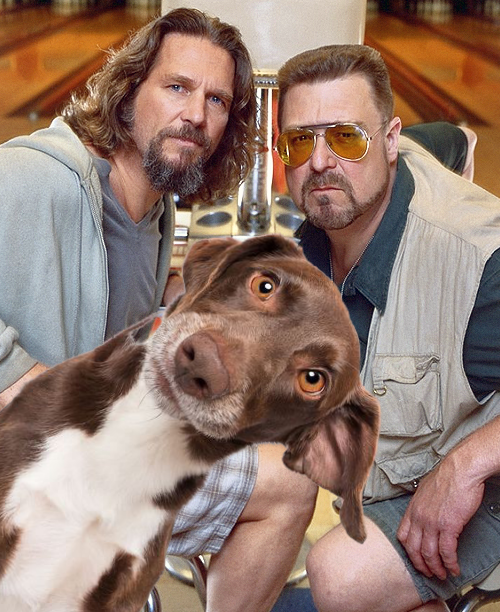 RS - Given the left’s hellbent drive to label virtually everything in — and about —America as “racist,” this nutjob story should come as no surprise to anyone. My fellow Americans: some of the names we give our dogs are racist. Who knew?
According to a Social Psychology Quarterly study, a disparity in adoption times for dogs exists based on “racial associations” with the names we give America’s favorite pets. Bottom line? Dogs with “white-sounding” names are more quickly adopted than dogs with black- or Hispanic-sounding names.
Social Psychology Quarterly asks, “almost” as if the leftist “study” was conducted with a conclusion already in mind, simply so the study could then be presented as further “proof” that that in “racist” America, nothing is untouchable — including the names we give our furry friends.
I want to be fair, here. But this ridiculous “study” is insane in its depth, breadth, graphs, charts, mathematical equations, myriad of footnotes, and whatever else the authors apparently assumed they needed to “prove” their race-obsessed assumptions about “racially-associated” dog names — a conclusion I have no doubt was reached before the study was conducted.
As noted by Campus Reform, correlations were largely concentrated around pit bulls, “a breed that is stereotyped as dangerous and racialized as Black,” according to the study. Incidentally, pit bulls aren’t my thing, based primarily on their sometimes affinity for ripping to shreds random innocents or even their owners, but they do seem to get their share of negative press, but I digress.

Hypothesis 3: Nonhuman names will be associated with shorter times to adoption, compared to dogs with names that are perceived as human.

And off to the analytical-to-the-max races, the study’s authors went.
Just one problem. Try as I might, and I might have missed a table or two along the way after my eyes glazed over, but I didn’t see a single example of a “white-sounding” or “racially-associated” dog name example. Perhaps these “brilliant” academicians are suggesting it’s similar to the old definition of porn: hard to define, but you know it when you see it.
Dr. Nefertiti A. Walker, Ph.D., Professor and Vice-Chancellor at the University of UMass Amherst, who muses about such “critical” issues as culture, exclusion, inclusion, and equity, was eagerly all in:

"Fascinating research that supports the resiliency of racialized names and the pervasiveness of anti-Blackness. Must read work."

Regardless, this ridiculous, scientific-y “study” within the no-longer hallowed halls of academia is just one more effort to racialize every aspect of America that race-obsessed useful idiots eagerly vomit on America.