The 90s called Senator. They want their cheap talking points back.

How do you know when a sitting Democrat member of congress is in big reelection trouble? Well of course, they drag out the same old "Republicans are gonna kill Grandma" 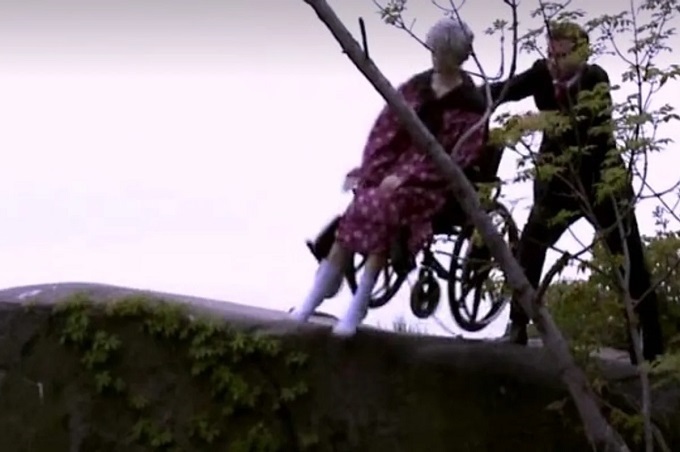 Senator Patty Murray and her tennis shoes are in a tight race for reelection. In yet another tired example in which Democrats strain to conjure up a nonexistent GOP plan regarding Social Security and Medicare to save their sorry asses, Murray tweeted that if Senate Republicans win control of the Senate, they plan to end Social Security and Medicare.

Republicans plan to end Social Security and Medicare if they take back the Senate.

Washington seniors who have spent their lives paying into these programs deserve better—and I’ll keep fighting to make sure they get it.

But as evidence, her staff can only point to statements by a pair of Senate Republicans that have earned little support among their colleagues. The presumptive Senate Republican leader explicitly rejected the idea. Moreover, in both cases, the senators insisted that they were not trying to eliminate the programs but instead bolster their financial underpinnings and eliminate the double-tax on Social Security benefits.
The bullshit tweet earned Murray Four Pinocchios from The Washington Post.

"When Social Security was established in 1935, most Republican lawmakers supported it — but more Republicans than Democrats opposed it. When Medicare was created in 1965, slightly more Republicans opposed the new program as written than supported it because they knew it would explode the cost of medical care (which it did almost immediately) and proposed congress look at other options. In campaign attacks, Democrats often conjure up nonexistent plans by Republicans to terminate or somehow undermine the programs. In 2011, then-Vice President Biden accused House Republicans of proposing a plan “eliminating Medicare in the next 10 years.” That wasn’t true, either....."

Now comes the latest iteration of this campaign attack. But it’s just as empty as the previous ones. That smoke Washington State residents smell regionally is not from forest fires, its from Patty Murray's pants catching fire.
~ Thank You WHATFINGER NEWS for the Linkage! ~
© Posted By Diogenes Sarcastica™ on 9/29/2022 07:14:00 PM
Labels: Mid-terms 2022