And Good Riddance!
The Band of Drunken Sailors With a Blank Check
Known As The 111th Congress, Are Now History! 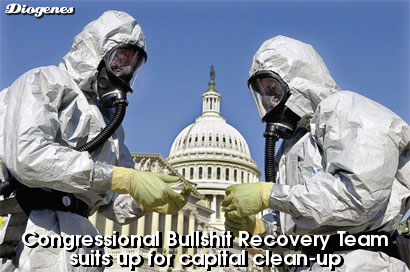 They did their best to grab more power, to bullshit and run rough shod over the American people with their arrogance, pompous attitudes and displays of liberal superiority, all the while feigning dismay, then anger as the people spoke up with  their dislike of the leftist "we know better" mentality on display all through the first 2 years of the Obama administration. They really believed they were invincible.

Well, that worked out real well, didn't it?

I need not go into details here, as their antics are well documented in Pundit&Pundette's  111th Congress: Worst ever? , an excellent roundup of democrat's much ballyhooed version of "Pee on Your Leg and Tell You it's Raining." Check it out or be square.

During the Nancy Pelosi’s  tenure as speaker, which commenced on Jan. 4, 2007 with the 110th congress and a promise of fiscal responsiblity, the federal government has run up $5.177 trillion in new debt.  Can you get your head around that number?  That is roughly equal to the total debt the federal government accumulated in the first 220 years of the nation's history, with  $3.22 trillion of that just during the tenure of the 111th Congress.   And the 111th not only has set the record as the most debt-accumulating Congress in U.S. history, it finished with 13% approval rating with the American electorate.

Back away from the gavel, Nancy. Slowly.