Why I Won't Be Seeing Stars Tonight....Again.

Is There a Doctor in the House? 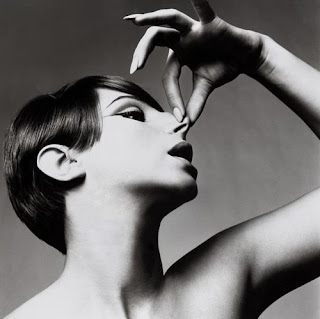 It's that time of year again that the Orthopedic Doctors in Beverly Hills and surrounding areas of Hollywood Dream Land love the most. It's "Look How Great an Actor We Think We Are" season is upon us. Their wealthy Hollywood patient load, suffering from self-inflicted shoulder injures received patting their egotistical selves on the back, increase dramatical (pun intended).

There was a day, and not that long ago, in the world of movie make believe when stars were glamorous and the Academy Awards were given based on the quality of the performances. Politics was unspoken by most the actors (and no one really cared) and performances could be enjoyed without bias.  But like a lot of America, I no longer pay attention to them and even try to separate these thespians from their anti-American liberal agenda campaigns and enjoy their endeavors. They have long ago lost my respect and I find them in general to be whining bores living in the lap of luxury, pushing their agendas while condemning the country that gives them the freedom to do so.  There is just something about actors who kiss banana republic dictators asses telling me anything about being an American.  STFU and act, if that what you call it.

Being a professional musician, I'm as well aware as anyone things in society have changed since the 1960s. But how really dumb have we become that we have to plop ourselves in front of the boob tube to watch three plus hours of self-congratulatory speeches, bad jokes and musical numbers that have little to do with movies and are just time fillers.  And as for the Red carpet interviews,  don't these actresses know that their hair stylists are in fact a bunch of gay misogynists who are laughing behind their backs? Geez!

The sad truth is that I have always been a film buff and it is painful to admit that I rarely go to a theater anymore because there is just nothing to see that is worth the trip. Yet the awards shows have multiplied and even though the ratings show our disinterest they still manage to get air time.

The Academy of Arts and Sciences lost all credibility with me as a judge of artistic merit in 1999 when it decided that "Shakespeare in Love" deserved the Best Picture award over "Saving Private Ryan", a brilliant portrayal of military sacrifice in WWII. "Shakespeare" had been heavily marketed by its producers,  and the following year the same poor judgment awarded the Best Picture to "American Beauty" an amoral film that glamorized underage sex. Personally I would have preferred it go to "The Sixth Sense" or "The Green Mile", both a unique audience pleasing experience. But what do I know.

It's become evident over recent years that the Oscars reflect the personal political agenda of the Hollywood Left rather than an objective judgment on the Oscars which should be awarded for great feats of acting; for performing roles that are difficult yet successfully executed. Let's face it, how difficult was it for Kim Basinger to portray a hooker in "L.A. Confidential"? Hmmm?

I think I'll start reading that new book on Cleopatra sitting on my coffee table or do something adventurous like trying to give the cat a bath, and leave the TV off tonight.