On the Road with Joe Biden 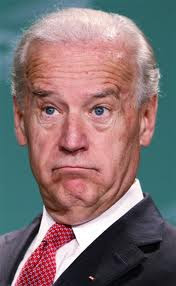 Vice President Joe Biden was on the road Friday to tout one of the successes of the Obama administration's  economic recovery and job creation policies. He visited the scene of two newly created lawn maintenance jobs at one of Virginia's area most historic places.

While speaking at Thomas Jefferson's historic home, Monticello,  Biden paid tribute to the founding father and nation's third President, telling an audience of supporters, “We must never forget the wisdom of Jefferson, and his wife, Wheezy.”

Biden said that “at a time of our history when the American people needed leadership, it was Jefferson who said the immortal words, ‘We’re movin’ on up.’  Proudly speaking of America's greatness he said “Let us have the ingenuity of Benjamin Franklin, who invented the electric chair, let us have the honesty of George Washington who told his father that he chopped down a cherry tree because it was blocking his view of the Potomac , and let us also have Washington's perseverance which he demonstrated during that harsh winter at Valley's Gorge.”

And of American hero, Paul Revere he said, “In his famous cry, ‘One if by land, two if by row boat,’ Paul Revere proved that you don’t have to know how to count higher than two to be a great American.”

At the end of his speech in Monticello, the Vice President said that he was excited to be on his way to speak at Arsenio Hall in Philadelphia, “the home of the Taco Bell.”