I know the year is not yet come to an end and it's not the traditional time for yearly awards, but after reading the New York Times piece (included below in it's entirety) no further consideration was needed to decide this years  winner of Diogenes' prestigious

" AssHat of the Year Award"
None of our other nominees, professional moonbat Michael Moore, not a rambling, angry jerk like Roger Ebert, or even the semi insane MSNBC host "Special Ed" Schultz , all World Class AssHats in their own right, could measure up to the level of AssHattery of this years winner. Famously known for his leftist tripe, valiant defense of the indefensible economic and domestic policies of Barack Obama, and his exploitation of national tragedies, among other things, we see a clear winner.


You can read our original nomination here: American AssHat

The vote was unanimous today after viewing
his shameful NYT 9/11  post.

So, without further ado,
we present
this years winner...... 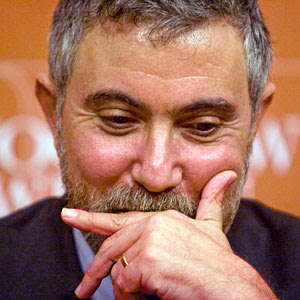 I have come to the conclusion after spending much time trying to decide if it's really possible for someone to be so willfully blind, so consistently on the wrong side of just about every subject upon which he feels compelled to put pen to paper, ignoring facts or logic, without there being an underlying disdain for America and all she stands for, and the well being of his fellow countryman.

Is it just me, or are the 9/11 commemorations oddly subdued?


Actually, I don’t think it’s me, and it’s not really that odd.


What happened after 9/11 — and I think even people on the right know this, whether they admit it or not — was deeply shameful. The atrocity should have been a unifying event, but instead it became a wedge issue. Fake heroes like Bernie Kerik, Rudy Giuliani, and, yes, George W. Bush raced to cash in on the horror. And then the attack was used to justify an unrelated war the neocons wanted to fight, for all the wrong reasons.


A lot of other people behaved badly. How many of our professional pundits — people who should have understood very well what was happening — took the easy way out, turning a blind eye to the corruption and lending their support to the hijacking of the atrocity?


The memory of 9/11 has been irrevocably poisoned; it has become an occasion for shame. And in its heart, the nation knows it.


I’m not going to allow comments on this post, for obvious reasons.

Mr. Krugman, saying " I’m not going to allow comments on this post, for obvious reasons" are probably the wisest words you've spoken in a long time.  But seriously man, how do you sleep at night?