Capitalist Preservation News Wire - Speaking in New Hampshire Wednesday, Linden Borden announced he has picked up a key endorsement from the student union at 'Concord Cannabis Tech.' Mr Borden stated he is thrilled his alma mater is throwing their support his way.

Concord Student Union President Marty 'Cotton Mouth' Palazetti said, "That dude will probably be a better dude than the dude who is ...the current dude...or whatever". Marty is a sixth year Pharmacology student at "Ole Cannabis" and is captain of the rolling team.

Palazetti says he almost has a faint interest in politics and current events.  He is also is pictured on Borden campaign posters that have sprung up throughout New Hampshire. 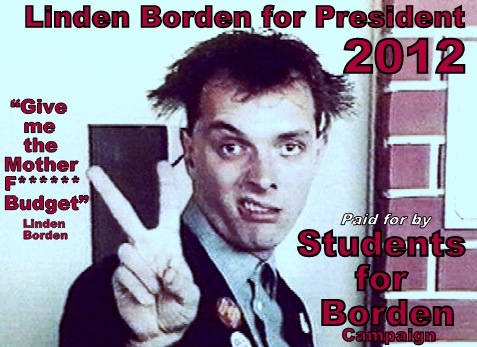