Pulling Out All the Stops Shows Obama is Desperate

Could this be Obama's October Surprise?

Will he take a Gamble?
Why Obama Isn't Backing Gay Marriage........Yet.

For those wanting to understand why the political deliberation over gay marriage is such a sensitive subject for this White House, look no further than the fact that it splits the two core constituencies that make up President Obama's base: college-aged voters and African-Americans.

Young voters are the driving force behind making gay marriage politically acceptable. But black voters, despite their overwhelming support for the president, are among the leading opponents of gay marriage.

Both groups turned out at historic levels in 2008, helping propel Obama to victory in states like Virginia and North Carolina. The president's re-election team is depending on similarly high turnout, especially among black voters, to make up for their weaknesses winning over non-college educated white voters. Indeed, the very reason they believe those Southern states are in play are directly related to expected high turnout among these demographic groups.

In 2008, African-American voters made up 20 percent of  Virginia's state electorate, and voters between the ages of 18-29 made up 21 percent of the statewide vote. Fast-forward just one year later to the closely-contested gubernatorial race, and African-Americans dropped to 15 percent of the electorate, with 18-29 year olds making up just 10 percent. Team Obama needs the numbers to be much closer to the 2008 figures to win the Old Dominion again. And that's where the gay marriage debate gets awfully tricky for the president's political advisers.

Public opinion on gay marriage is pretty straightforward. There's a huge generational divide - with older voters solidly opposed, and younger voters solidly supportive. Over time, support for gay marriage should increase. And if Obama came out in support of gay marriage, he would probably excite and inspire many college-aged Democrats to show up at the polls and support him -- not to mention winning back some socially-moderate independents who have been disenchanted with the president over the economy.

But college-aged voters are only part of the president's coalition. The bigger element consists of African-American voters, who are solidly opposed to gay marriage. California's Proposition 8 ban on same-sex marriage passed in 2008 thanks to overwhelming black support; 70 percent backed it, according to exit polls. Recent gay marriage legislation in Maryland drew opposition from leading Democratic African-American legislators in the state. The same ministers organizing get-out-the-vote efforts in black churches for Obama are also railing against gay marriage. 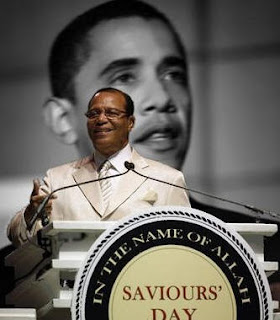 Obama can't afford to even risk losing the deep enthusiasm black voters have towards him. They gave Obama a whopping 95 percent of the vote against John McCain last election and turned out at historic levels. He should get similar levels of support this year, but with the down economy disproportionately affecting the black community, he's not at all assured that they'll turn out at the same level as 2008. Backing gay marriage would virtually guarantee that some would stay home - perhaps enough to tip the balance in states like Virginia, Pennsylvania, North Carolina, and Ohio.

The conventional wisdom has been that supporting gay marriage would alienate blue-collar whites, and that's been the main reason he's been hesitant to come out in favor before the general election. But in this case, it's a crucial element of his own base that's preventing the Obama from taking bolder steps to advance a cause that he seems to believe in, but hasn't yet publicly embraced.