Repeat this to Yourself: There is No Such Thing as Voter Fraud

Despite decades ripe with history of stolen elections at the local, state and national levels, a often used strategy and tool for retaining power by the democrat party is really non-existent, a myth, propaganda and just a figment of your imagination.......

The Brennan Center for Justice at NYU School of Law claims to have carefully examined past allegations of voter fraud to get at the truth behind the claims:

Allegations of election-related fraud make for enticing press. Many Americans remember vivid stories of voting improprieties in Chicagoland, or the suspiciously sudden appearance of LBJ’s alphabetized ballot box in Texas, or Governor Earl Long’s quip: “When I die, I want to be buried in Louisiana, so I can stay active in politics.”  Voter fraud, in particular, has the feel of a bank heist caper: roundly condemned but technically fascinating, and sufficiently lurid to grab and hold headlines.

Perhaps because these stories are dramatic, voter fraud makes a popular scapegoat. In the aftermath of a close election, losing candidates are often quick to blame voter fraud for the results. Legislators cite voter fraud as justification for various new restrictions on the exercise of the franchise. And pundits trot out the same few anecdotes time and again as proof that a wave of fraud is imminent.

Allegations of widespread voter fraud, however, often prove greatly exaggerated. It is easy to grab headlines with a lurid claim (“Tens of thousands may be voting illegally!”); the follow-up — when any exists — is not usually deemed newsworthy. Yet on closer examination, many of the claims of voter fraud amount to a great deal of smoke without much fire. The allegations simply do not pan out.

So remember, when you read stories like registration documents sent to cats and dead people, or 177 people have been convicted -- not just accused, but convicted -- of voting fraudulently in the Minnesota Senate race that was openly targeted by democrats to install an inexperienced useful idiot, it's all just the over imagination of the small minded who probably ate to much chicken or poisoned themselves with the fumes from their gun cleaning fluids.

There is no voter fraud. They tell us so. 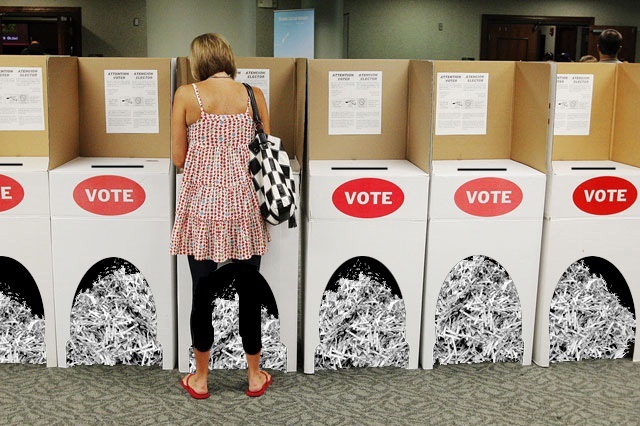