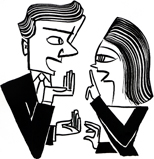 "After spending weeks looking into Ryan’s history for The New Yorker, visiting his home town, and interviewing him twice, I am genuinely surprised that Romney chose him. First, let’s tally the risks of a Ryan pick.

For one thing, Ryan has no significant private-sector experience. Besides summer jobs working at McDonald’s or at his family’s construction company, or waiting tables as a young Washington staffer, Ryan has none of the business-world experience Romney frequently touts as essential for governing. In the run-up to his first campaign for Congress, in 1998, that gap was enough of a concern for Ryan that he briefly became a “marketing consultant” at the family business, an obvious bit of résumé puffing."

Compared to the present White House occupants experience at being a community agitator and part time State and US Senator, Ryan’s private sector experience seems adequate.


"But Ryan’s Washington experience is also light, at least for a potential President—which, after all, is the main job description of a Vice-President. Ryan has worked as a think-tank staffer and Congressman, but he’s never been in charge of a large organization, and he has little experience with foreign policy. Given how Sarah Palin was criticized for her lack of such experience, I’m surprised that Romney would pick someone whose ability to immediately step into the top job is open to question."

Really? Ryan has more political experience and knowledge compared to Obama’s 2 year Senate sleeper. Obama hardly worked, voted present and started campaigning for president, instead of representing the people of Illinois. Paul Ryan has 14 years in Congress and chairs the House Budget Committee. Obama, multiple years of voting present! Ryan got his budget passed. Obama, his own party gave him no votes.
And what foreign policy experience did Dear Leader possess when elected? Maybe soaking in a little History Channel in between bong hits at Bill Ayers pad?

I bet we won’t find out that Ryan's friends were busted for soliciting prostitutes in a prostitution ring. I bet we don't find Ryan attended a racist church or embraced a racist preacher . I bet we won't find out that Ryan started his political career in the living room of a terrorist or had any felons helping him obtain a home he couldn't afford.
But that won't matter....he's going to push granny off a cliff.