As Barack Obama launched into his 5,000-word marathon of a speech Wednesday afternoon, he was quickly overshadowed by three little words: George Alexander Louis.

The country’s attention was diverted from the president’s highly touted economic speech at Knox College as Buckingham Palace announced the much-ancitipated name of the Royal Baby mere minutes after the President began speaking. The White House boasted Obama’s speech pivoted his focus — for the 100th time — back to the economy, but news networks  pivoted away from him to across the pond as the palace revealed the baby’s name. 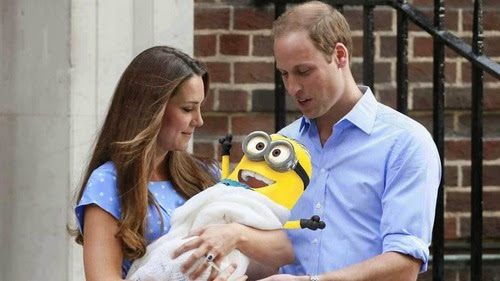