Free Cheese in a Socialist Mousetrap

Public Citizen.org,  self-described as “advocates for a healthier and more equitable world,” sent a fundraising letter to Democrat voters, claiming that “millionaires who run the largest corporations on Earth want to slash the social insurance programs the rest of us rely on.” By slashing, they are referring to the logical proposal to increase eligibility age for Medicare, to correlate Medicare to income, and to modernize/privatize it.

Who are these “mega-corporations” that apparently want to destroy our healthcare? Public Citizen points out that CEOs of AT&T, Boeing, Dow Chemical, Exxon, Mobil, General Electric, JPMorgan, and Wal-Mart have no idea “what it’s like to worry if you can retire with dignity and security.”

So far, class division and envy rhetoric, blaming the “evil” rich for the world’s problems and social injustice, has worked for progressives because they appeal to the lowest information voters, people who watch “reality” television and take their news information from comedians on the alphabet soup channels, the media machine of the Democrat Party.

It is not the CEOs who have destroyed the middle class and the opportunity to succeed in America, it is the race baiters, politicians, and the community organizers who keep the low information voters misinformed and beholden to their supposed saviors, the very people who control them and benefit from their misfortunes.

Somebody needs to tell low information Democrats that medical care is not a human right, it is a service, provided by medical professionals who expect to be paid for their service, expertise, and the many years they’ve spent in medical school studying diligently for exams, writing papers, dissecting, doing 36-hour rotations at hospitals for free, paying high tuition fees, and buying high-priced specialty books. These medical professionals have loans to repay, families to feed, bills to pay, office overhead costs, malpractice insurance (due to the extremely litigious society that we live in), and employees who must be paid for their work as well.

Somebody should also tell uninformed Democrats that Medicare was not designed as a universal, single-payer health insurance system and that it is President Obama who is stripping Medicare of $719 billion over the next ten years in order to fund his unaffordable Affordable Care Act. Additionally, Americans have not asked for a single-payer, national socialized health care system but they got it, it is the law; even if ACA is defunded completely, all Americans must still pay the tax next year if they do not have proof of insurance.

Millions of illegal immigrants take advantage of our generous health care system and overuse emergency rooms as their private doctors and as their OBGYNs, forcing taxpayers to foot the bills for the delivery of anchor babies and the care of their mothers while Americans buy insurance for their families. Americans, who cannot afford premiums because they fall below the poverty line, receive medical treatment through Medicaid.

“The private, for-profit health insurance establishment” has been able to offer free medical care to all people who could not afford to pay but needed care. Nobody died unnecessarily because they were turned away as the Public Citizen fundraising letter implies.

Unfortunately, with the new ObamaCare, rationing will become the norm and people will be turned down for treatment based on their age and utility to society, they will become “units.” There is a 15-member death panel written into ObamaCare. We will find out soon enough when the unfortunately-named Affordable Care Act starts enrolling people on October 1, 2013.

Unions want ObamaCare repealed or defunded because their members wish to keep their current Cadillac health insurance plans and their doctors, as promised by the President. Congress, who wrote the bill, does not want ObamaCare for themselves and their staffers. They have strategized and manipulated behind closed doors until the President gave them a special status and a 75% subsidy towards the annual premium.

Giving potential donors misguided statistics on the status of our healthcare, Public Citizen’s President ends his message of gloom and doom with the chilling “onward.” “Onward” is an interesting variant to “forward,” euphemisms recognizable to me as socialist slogans. 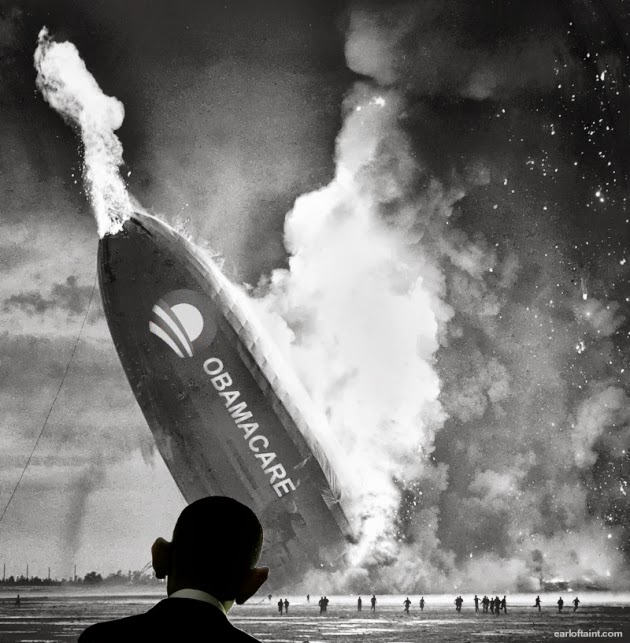 image via The Earl of Taint