No Time for the Children

Ahead of his address to the nation about Syria Tuesday the President will give interviews to the evening newscasts of ABC, CBS, CNN, NBC, PBS, even Fox News on Monday. 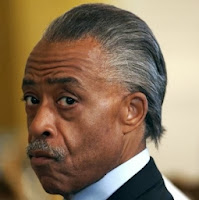 Deliciously absent was MSNBC, the network so deeply in bed with Obama that there's hardly room for the First Lady.  In reality, he can't possibly speak for himself any better than that organization's shills.

Better still is the anger this will generate when liberals across the fruited plain find out that Obama believes it's far more important to make his case about Syria to Fox News watchers than the limited patrons of MSNBC.

Whatever the reason, it's absolutely spectacular seeing this industry laughing stock get snubbed by the man they all seem to work for.
© Posted By Diogenes Sarcastica™ on 9/08/2013 04:03:00 AM