Difficult as it is to believe, hardcore Big Labor supporters were actually okay with keeping kids trapped in failing schools as long as it kept the dues dollars rolling into union coffers. 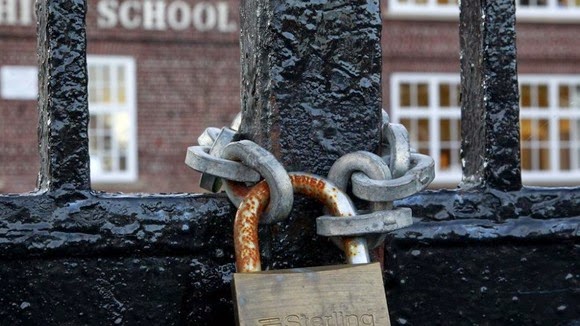 Charter schools – independently operated public schools – have proven so popular with New Orleans parents that they’ve driven traditional, government-operated public schools out of business. During the just-completed school year, an estimated nine of 10 New Orleans students attended a charter. As a result, New Orleans’ last five government-run schools closed their doors for good this week. The city will be the first in the nation to have a school district comprised entirely of charter schools.


“An all-charter district signals the dismantling of the central school bureaucracy and a shift of power to dozens of independent school operators, who will assume all the corresponding functions: the authority to hire and fire teachers and administrators, maintain buildings, run buses and provide services to special-needs students.”

New Orleans officials turned to charter school operators to help recreate their broken school system in the aftermath of 2005’s Hurricane Katrina. Before the storm, the city’s public schools were widely viewed as the worst in the nation – not only because of poor academic results for students, but also because of widespread corruption and incompetence among school leaders.

The new school district was called the “Recovery School District,” and it was designed on the premise that parents should have the option of where their children attend school, instead of simply assigning them to the neighborhood public school.

“We’ve reinvented how schools run,” charter school advocate Neerav Kingsland told the Post. “If I am unhappy with service I’m getting in a school, I can pull my kid out and go to another school tomorrow. I don’t have to wait four years for an election cycle so I can vote for one member of a seven-member board that historically has been corrupt.”

It turns out “Recovery” was a good name for the new district. Graduation rates today are 23 percent higher than they were before Hurricane Katrina. And from 2007 to 2013, students’ grade-level competence in math and reading has increased 34 percent,

Despite the undeniable success, teacher unions and other public school apologists still have a laundry list of complaints against charters. They claim the alternative schools are “undemocratic” (because their leaders are appointed instead of elected), “unaccountable” to taxpayers, and cause hardship for parents who have to figure out how to shuttle their kids back and forth to school.

But the real reason the unionists hate charters is because educators in many of the alternative schools don’t belong to teacher unions, and the great thing about charter schools is that officials can shut them down if they’re not meeting academic expectations. That’s a quality control measure no government-run school district has ever faced.

I have plenty of reasons to criticize our Governor Booby Jindal, especially over the privatization of the charity hospital system set up by Huey Long in the 1930's, but in the case of public education reforms, he fought Washington and incompetent teachers and their union tooth and nail and helped make reforms such as New Orleans happen.