The Future Through a Looking Glass Darkly 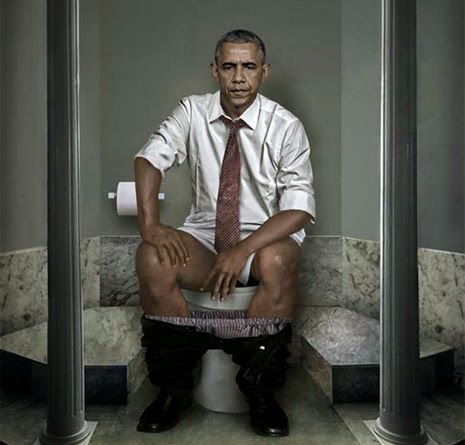 No Mr. President.  You have absolutely no intention of working with the Republican Congress.  In six years you have demonstrated one substantial fact.  You have no negotiating skills whatsoever.  You have repeatedly tried, and often been successful with, bludgeoning Republicans, rather than even trying to negotiate with them.  Of course with RINO's, that hasn't exactly been a real challenge for you, since they seem to surrender faster than the French or Italians.  But enough of this historical recitation of Republican weakness.

Lest we forget Obama's early adult years, remember that he began as a community organizer.  CO's don't negotiate.  They demand.  They lay it out in terms of what you are going to do for them or else suffer the political or monetary repercussions.  CO's are very good at laying out the consequences of not acceding to their demands.  This isn't leadership, unless you're a Capo in the Mafia.

CO's walk the legal line, which is very close to extortion.  All we have to do is look to the Al Sharpton/Jesse Jackson, Sr. community organizing business model.  The only difference between these two otherwise street thugs and the run of the mill street thugs is that they have a better plan and dress better.  And Obama is even a better dressed than these two race baiting hate mongers and with a hell of a lot more means to force compliance to his wishes.

Obama has taken the Sharpton/Jackson business model and run with it as president.  He's taken what can be best described as a cottage industry created by Sharpton/Jackson and made it a corporate model on an almost global scale, with the power of the presidency in the form of his pen and phone as he issues Executive Orders and Executive Memoranda.  By the way, Executive Memorandums do NOT go into the Congressional Record as do Executive Orders.  Hence, the public does not really know of all the orders that Obama has really issued.

All one has to do is look to the  power Obama has exercised in retribution as he uses the IRS and the EPA as his most notable agents of mayhem, since they are the two most prominent means of coercing recalcitrant victims to see the light of Obama's political righteousness or at least roll over and play dead as RINO's are so experienced at.

Rob Janicki is a retired educator, strong supporter of the 2nd amendment and all around good guy, as well as owner/operator of the website Wired Right  and owes me 20 bucks.