Hilltoppers vs The Tigers 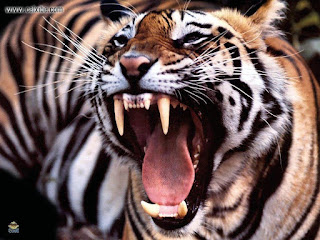 I'm still not sure exactly what a Hilltopper is, but no less, Saturday night Mike the Tiger welcomes the Kentucky Hilltoppers to Baton Rouge. This game features one of the best passing offenses in the country with QB Brandon Doughty, who leads the nation in completion percentage, averaging 387 yards passing per game this season, against Leonard Fournette and one of the nations top rushing offenses.

Doughty, said to be on his way to the NFL, is yet this year to face a pass rush like the Tigers, who spend as much time roaming the opponent's backfield as they do. Without a big threat from WKU's running game, it will be interesting to see if the Tigers pin their ears back and come hard to try and rattle  Doughty, and force mistakes. After manhandling the Florida offensive line and dropping the QB for 5 sacks last week, they will certainly be coming. It will also be a test of the sometime suspect Tiger secondary.  LSU is not taking this game lightly at all. WKU is Legit, and this should be a very good game, with the possibility of some big plays.
I Say LSU by 10

Else were in the SEC:

This Is The Week Things Start Getting  Interesting!

Tennessee (3-3) @ #8 Alabama (6-1) - The Volunteers visit Tuscaloosa in this years edition of one of the great rivalries of southern football. It even manifested this year in the form of an hilarious Alabama pranking of die-hard vol fans.

I initially looked at this as just another Alabama home field blow-out, but after seeing statistics from last weeks A&M game, they gave me a bit of a pause. Tennessee will be playing the spoiler and it's been a long dry spell since their last defeat of The Tide. The Vols are hungry. Both beat a good Georgia team.....but with my belief in the Tide's winning ways remaining strong, I have confidence Bama goes out front early and stays there......
I say Bama by 14  ROLL TIDE!


#15 Texas A&M (5-1)  @  #24 Ole Miss (5-2) - The Aggies travel to Oxford to meet the Rebels (am I allowed to say Rebel?) after another embarrassing defeat at the hands of Alabama last week. This is a must win for both because of the major implication in the SEC west chase, and both must still face LSU.

I'm going with A&M in this one for a couple of reasons (my growing dislike for Ole Missy has nothing to do with it.....really.....I promise.....really ☻). Turnovers aside, last week A&M's offense actually outscored Alabama's Offense, and the Aggie defense forced the Bama offense into 15 negative yardage plays. (??)

My conclusion is A&M is a better team then the score indicated. (The Tide has a talent for making a good team look bad, believe me, I KNOW THIS VERY WELL!) The Aggies play tough and will be too much for the Rebels.....
I Say A&M by 9 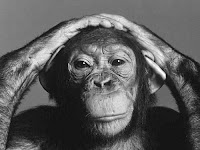 After putting the so-called 'sports monkey experts' in the weeds by correctly calling a Memphis upset of #13 Ole' Missy last week (no applause please......okay, go ahead I'll wait) I went 2-0 for the week.