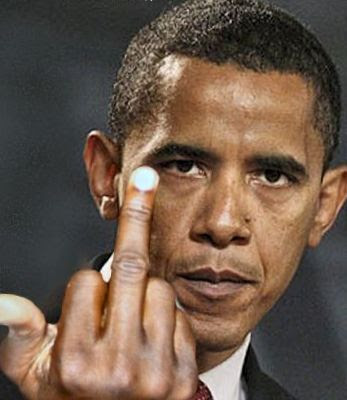 Obama: “I Have Not Contributed to Dividing the Country.”
The Spectacle:


Barack Obama may have spent most of his morning press conference holding babies and snuggling Canadian Prime Ministers (they're best friends! though they've only met once), but he took a moment to reassure those gathered in the Rose Garden that he is definitely not the reason that the country seems to be at war with itself.

He's uniter, not a divider, and it's simply not his fault that people resist their basic urge to like him, thus upending the natural order.

“I do all kinds of soul searching in terms of, are there things that I can do better to make sure that we are unifying the country. But I also have to say… that objectively it’s fair to say that the Republican political elites and many of the information outlets, social media and news stations, talk radio, television stations have been feeding the Republican base for the last seven years a notion that everything I do is to be opposed, that cooperation or compromise somehow is a betrayal, that maximalist, absolutist positions on issues are politically advantageous, that there is a ‘them’ out there and an ‘us’ and ‘them’ are the folks who are causing whatever the problems you’re experiencing and the tone of that politics, which I certainly have not contributed to.”

Did you hear that, Republicans? He's such an idyllic figure, so kind and gentle, so warm and compromising, that it's simply impossible not to love him. As such, you should be swept off your feet by his charm and grace, and if you're not, well, it's simply your fault for putting up such a resistance

Of course, if you notice, not once in his narrative about searching the depths of his soul for what he could do better, did it ever occur to him to change the latter half of his speech from a scorching criticism of the opposition party's "tone" and unwillingness to listen to a conciliatory invitation to gather by the fire, roast s'mores and sing songs on an acoustic guitar. It's the Republicans who have been fed the notion of my partisanship! Damn those Republicans!