The White House has reportedly narrowed its list of potential choices for Supreme Court sacrificial lambs nominees to three down from five, two of which have donated generously to Barack Obama's political campaigns. The three federal judges who will be interviewed by the White House for the nomination are federal judges Sri Srinivasan (who has donated $4,250 to Obama), Paul Watford ($1,000 to Obama), and Merrick Garland, who has not donated to Obama that we know of.


The two women on the short list of five got the boot: The activist Judge Ketanji Brown Jackson and the middle aged unmarried Obama Law school pal Judge Jane Louise Kelly (hmmm). Sounds like she might have gotten along fabulously with Justice Elena Kagan.

Get a grip lil' Staci, have some ice cream or something. 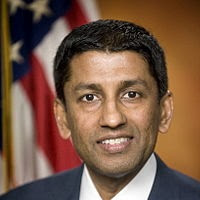 First we have Judge Sri Srinivasan, a native of Chandigarh,India. He was part of the legal team that presented arguments before the Supreme Court against the Defense of Marriage Act in the case of United States v. Windsor. He was also was one of three judges on a panel that refused to halt the Obama administration’s highly restrictive climate change ruse, "Clean Power Plan". He worked as a clerk for U.S. Supreme Court Associate Justice Sandra Day O'Connor and was confirmed 97–0 in 2013 to the DC Court of Appeals. 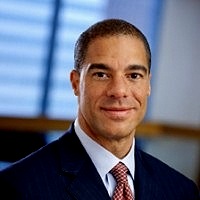 Next up we have Judge Paul Watford, of the Ninth Circuit Court of Appeals in San Francisco, known as the leftist favorite place to shop their anti-constitutional cases. Among other things, before reaching the bench, Watford is noted for partnered with the American Civil Liberties Union (ACLU) and the National Immigration Law Center (NILC) in two cases to oppose Arizona’s 2010 immigration bill.  He was also a former clerk to Justice Ruth Buzzy Ginsburg, so we probably know where he's coming from, now don't we? 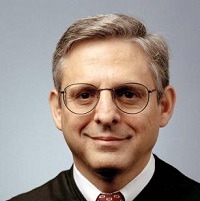 And last but not least, Chief Judge Merrick Garland of the DC Circuit. Back in 2007, Judge Garland voted to undo a D.C. Circuit court decision striking down one of the most restrictive gun laws in the nation. The liberal District of Columbia government had passed a ban on individual handgun possession, which even prohibited guns kept in one’s own house for self-defense. He also voted to uphold an illegal Clinton-era regulation that created an improvised gun registration requirement.

Garland has a long record and it leads to the conclusion that he would vote to reverse one of Justice Scalia’s most important opinions, D.C. vs. Heller, which affirmed that the Second Amendment confers an individual right to keep and bear arms.

So there you have your three. A liberal minded foreign born, a Black Activist Appeals Court judge, and a left-wing Jewish Judge who believes you have no right of self protection. You'd think after what's happened to his people in the past, he'd be a bit more reasonable.