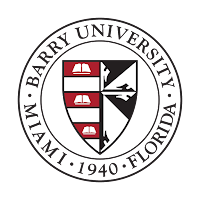 DownTrend - Claiming it’s not political at all, Barry University banned its gold team from practicing at the Trump Doral golf course because they don’t like Donald Trump.

The Florida school – that has one of the best golf programs in the country – officially put any Trump property on its “blacklist,” after the school's president said Trump's rhetoric was “inconsistent” with the school's values. According to several individuals affiliated with the university who spoke with Campus Reform on condition of anonymity, the men's golf team—which won national championships in 2007, 2013, and 2014—had previously been allowed to practice, free of charge, at the high-quality Trump Doral course three to four times per year.

Late last year, Barry University President Sister Linda Bevilacqua, in consultation with the Executive Committee of the Administration, determined that Trump's campaign rhetoric conflicts with the university's mission, triggering an automatic severing of relations with all businesses and organizations in which he holds a senior leadership position.


“As a practice, Barry University does not engage in business relationships where senior leadership of a company takes a public position, or the company's guiding principles are, antithetical to the university's core commitments of Inclusive Community and/or Social Justice.  This practice, which has been in place for some time, is not political, as we do not take positions relative to candidates. We seek only to ensure fulfillment of our values through our institutional business related ventures and expenditures.” - READ MORE

But in 2014, an Imam was invited to campus for an “Interfaith” prayer service on Sept. 11 and led students in a chant of “Allah Akbar.” Bevilacqua acknowledged that the phrase has been co-opted by extremists, yet defended its usage as “fitting” for the thirteenth anniversary of 9/11.

So inviting a high adherent of islam who's allowed to chant “Allah Akbar, believes in killing non-adherents of their cult, throwing gays off buildings and strapping suicide belts on their own children is somehow not antithetical to the university's core commitments of Inclusive Community and/or Social Justice???

Yet, Sister Che Bevilacqua doesn't believe in allowing her team to practice on Trump golf courses, free of charge on The Donald's dime......but it has nothing to do with politics at all.