Donald Trump’s Vice-Presidential Choice: Will It Be Conventional, Or Crazy? 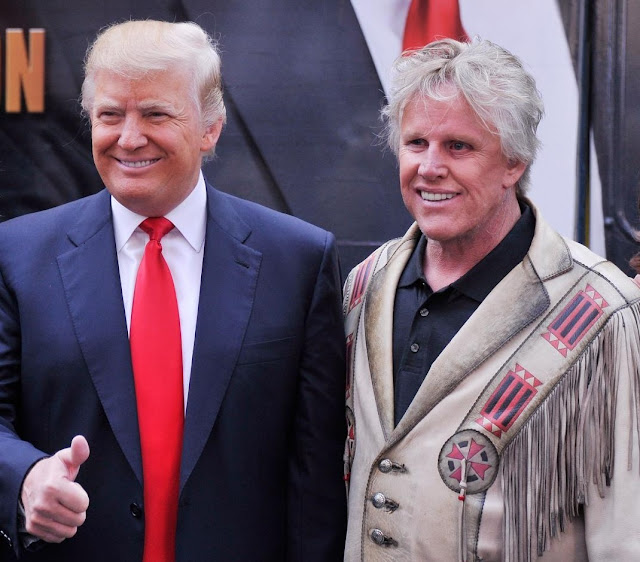 At least for the moment, there don't seem to be many top Republicans who would be interested in being Donald Trump’s running mate.  It’s a time-honored tradition for politicians to deny any interest in the vice presidency. But this year, with the possibility of Donald J. Trump as the Republican nominee, they really mean it.’


“Never,” said Chris Schrimpf, a spokesman for Gov. John Kasich of Ohio, who is still running against Mr. Trump. “No chance.”

“Hahahahahahahahaha,” wrote Sally Bradshaw, a senior adviser to Jeb Bush, when asked if he would consider it.

“Scott Walker has a visceral negative reaction to Trump’s character,” said Ed Goeas, a longtime adviser to the Wisconsin governor.

Or, as Senator Lindsey Graham put it, “That’s like buying a ticket on the Titanic.”

A remarkable range of leading Republicans, including Gov. Nikki Haley of South Carolina and Senator Jeff Flake of Arizona, have been emphatic publicly or with their advisers and allies that they do not want to be considered as Mr. Trump’s running mate. The recoiling amounts to a rare rebuke for a front-runner: Politicians usually signal that they are not interested politely through back channels, or submit to the selection process, if only to burnish their national profiles.

But Mr. Trump has a singular track record of picking fights with obvious potential running mates like Senator Marco Rubio of Florida, who has indicated a lack of interest in the vice presidency generally and has yet to reconcile with Mr. Trump publicly. Ms. Haley and another potential pick, Gov. Susana Martinez of New Mexico, have sharply criticized Mr. Trump at recent party gatherings and do not want to be associated with his sometimes-angry tone, according to advisers and close associates who have spoken with these Republicans.

Several Republican consultants said their clients were concerned that Mr. Trump’s unusually high unfavorable ratings with all voters and his unpopularity among women and Hispanics could doom him as a general election candidate and damage their own future political prospects if they were on his ticket.

But Newt Gingrich, the former House speaker, as well as Senator Jeff Sessions of Alabama and the retired neurosurgeon Ben Carson, said in interviews that they would consider joining the ticket if Mr. Trump offered. Two governors, Chris Christie of New Jersey and Mary Fallin of Oklahoma, have also told allies that they were open to being Mr. Trump’s running mate.

Asked if he was surprised about the array of Republicans who are uncomfortable being his running mate, Mr. Trump said:

“I don’t care. Whether people support or endorse me or not, it makes zero influence on the voters. Historically, people don’t vote based on who is vice president. I want someone who can help me govern.”

Given the controversy surrounding his campaign, it’s not surprising that Trump may face some difficulty in finding a top tier candidate to fill the position of Vice-Presidential running mate. Indeed, from the perspective of a either a younger Republican politician who may have ambitions aimed at higher office of their own, or a more experienced politician whose selection would be intended to give a ticket with Trump at the top a sense of experience and gravitas that it might lack, signing on to a ticket with Donald Trump could end up being a political death warrant. For one thing, losing Vice-Presidential candidates have historically faded away into political obscurity, rarely heard from again.

Of course, Trump has spent this entire campaign succeeding by doing the unexpected so maybe those jokes about him picking a former Celebrity Apprentice contestant like Gary Busey or Meatloaf isn’t far off off the mark.

[New York Times]
[Outside the Beltway]