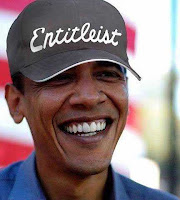 (MFNS) -With pen in hand, Barack Obama has moved in support of the Social Justice Warriors and their fight against Inequality with another Transformational Executive Order, #72. The White House released a statement on the latest Presidential decree late Saturday after a rumored particularly bad day for the President on his latest Golf Outing.

President Obama issued Executive Order 72.01 laying down new rules and regulations for all future games of golf played inside the continental United States, military installations, territories and protectorates.  Direct enforcement will fall to the Equal Opportunity Administration in conjunction with strict oversight by Homeland Security and Local and State Law Enforcement. Major rule changes in the game of golf will become effective July 1, 2016.

This is only a preview as the complete rule book (expected to be 2716 pages) is being rewritten as we speak.


Here are a few of the changes:

The term "gimmie" will be changed to "entitlement" and will be used as follows:

- Handicaps below 10, no entitlements.

- Handicaps from 11 to 17, entitlements for putter length putts.

- Handicaps above 18, if your ball is on the green, no need to putt, just pick it up.

These entitlements are intended to bring about fairness and, most importantly, equality in scoring.  In addition, a Player will be limited to a maximum of one birdie or six pars in any given 18-hole round.

Any excess must be given to those fellow players who have not yet scored a birdie or par. Only after all players have received a birdie or par from the player actually making the birdie or par, can that player begin to count his pars and birdies again.

The current USGA handicap system will be used for the above purposes, but the term "net score" will be available only for scoring those players with handicaps of 18 and above.  This is intended to "re-distribute" the success of winning by making sure that in all competitions every Player above an 18 handicap will post only "net score" against every other player's "gross score".

"These new Rules are intended to CHANGE the game of golf. Golf must be about Fairness. It should have nothing to do with ability, hard work, practice, and responsibility.

This is the "Right thing to do."