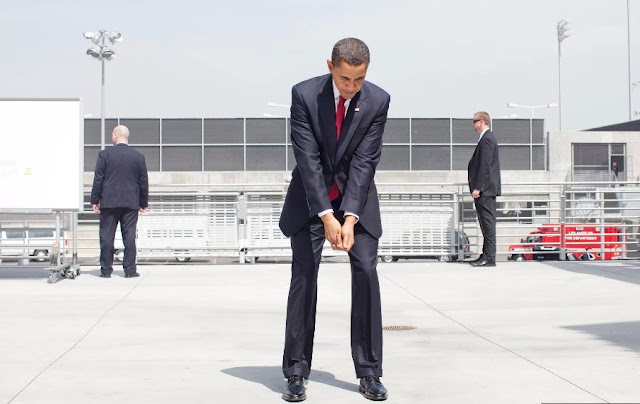 The White House's greatest athlete retreats from the physical intensity of basketball to the relative serenity of golf.

As our wide-load First Lady drags the girls and Moms Robinson around the world vacationing on our dime, the leisure ordinated leader of the free world spends more and more of his time on the golf course. And now at the close of his administration, the major sports media reminiscently fawns over the athletic prowess of our boney ass  6'1 -175 pound president.

It was a sign that Obama, a lifelong playground baller, was serious about his hoops.  When the Obama circus moved into the White House, he had a little  yard work done. The outdoor tennis court was refurbished to include a regulation-size basketball court, complete with fiberglass backboards and the White House seal on the stanchions. At one point, Obama even considered making a guest appearance on a team led by former Education Secretary Arne Duncan at the Goodman Summer League, a vaunted D.C. Pro-Am.

By all accounts, unlike his job of being President, Obama has gotten much better at golf in recent years. He approaches the game seriously, friends say, counting every swing and adhering closely to the rules. 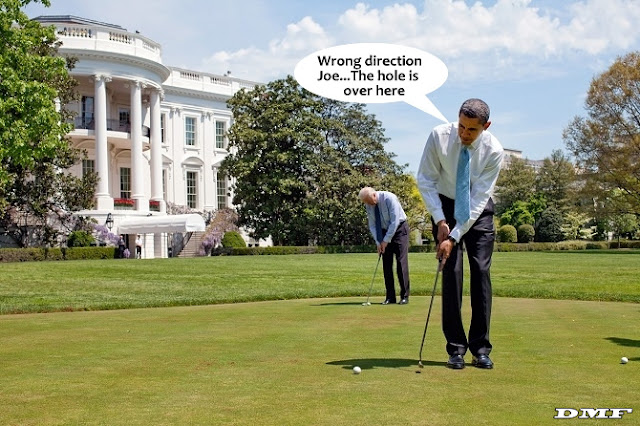 As his second term winds down, the semi-retired Obama has retreated from the physical intensity of basketball to the relative serenity of golf. The press corps have documented Obama playing a lot more golf, from about twice a month during his first five years in office to more than four times a month since then.

Giving up basketball for golf is an acknowledgment that Obama is simply not as young as he used to be. According to a fawning  ESPN, Obama is arguably one of the nation's most fit presidents. Even as he has embraced golf as his main game, some things remain the same about Obama the athlete. As it was with basketball, he rarely uses golf as a social lubricant (okay bad choice of words), accept if there is primaries to rig, lies to be formed and impending indictments to squash. 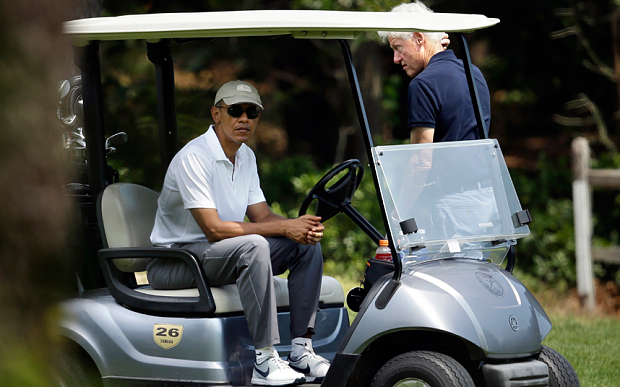 As basketball has receded from Obama’s most important agenda, the nation's greatest athlete has sought to replace it with the relative peace and tranquility found on the golf course.