Dingy Harry Reid is All Fightin' Mad and Stuff....

Senate Minority Leader Dingy Harry Reid was FBI director James Comey's bestest friend when he bowed to wishes of a corrupt DOJ and refused to further the investigation of Madam Cankle's email scandal. But now Harry is pissed and all up in the FBI Director Comey's sh*t for sending out a vague letter to Congress  about what Harry believes is maybe-pertinent, maybe-relevant emails found on Carlos Danger's laptop computer.

It made him mad. It made the former bad-ass boxer mean-mad. And so he did what a senior statesman and former boxer (who lost his last bout) would do when he’s been pushed too far, and is just a walkin’ chunk o’ mean-mad: He sent a very sternly worded letter to Mr. FBI Comey, and is ready to kick some butt! Reid outraged by Comey’s actions, said the letter to Congress may have violated the Hatch Act, which bars political action by government employees:

Yeah, integrity in action is the first thing that comes to mind when I think of the Congressional Democrats and the present adminstration...

Dingy Harry also reminded Mr. Comey that Justice Department employees had received a warning .....threats back in March that they’d better not be engaging in any “activity directed towards the success or failure of a political party, candidate for partisan political office, or partisan political group.” No Sir! None of this kinda stuff.

The accusation that Comey is sitting on information about Trump and Russia is pretty heavy stuff, so what proof does Reid have? None. But Harry is Nevada Boxer fighting mad!
We’ll really miss you when you're gone Harry, especially as a guy who can close a letter with such a finely crafted burn: 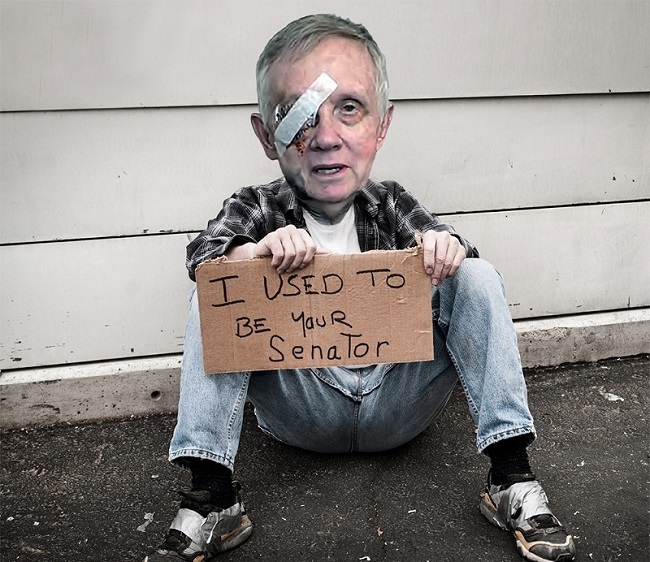