And Their Eyes Shall Gaze Upon Death Valley 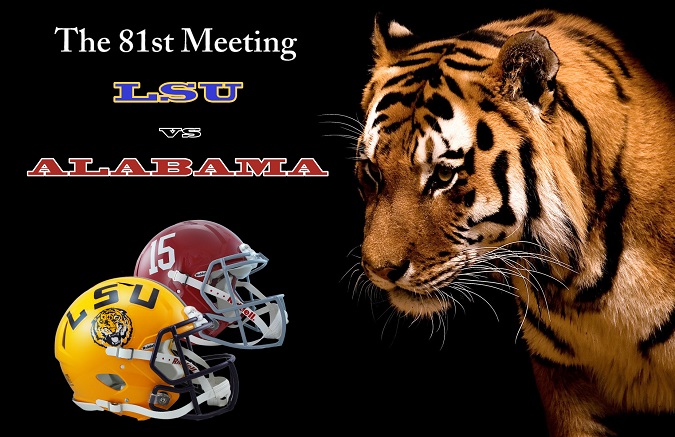 I heard a statement uttered recently by the only sports analyst I ever pay much attention to, former LSU Tiger and All-Pro Dallas Cowboy Defense End,  Marcus Spears, who said: "You don't know how good of a Football Team you are till you play Alabama". This is a statement that pretty much could be applied to most of the last 50 years of college football. And now it's coach Ed Orgeron's time to take the test.

Saturday night The Defending National Champion Alabama Crimson Tide come to Baton Rouge to battle the resurgent LSU Tigers in what has in the last decades taken on the trappings of a rivalry that is quickly coming to overshadow almost all others in college football, and almost always has SEC championship implication. In 6 of the last 13 years the winner of this contest has gone on to become NCAA Football National Champion. The two teams hold the rare distinction as the only conference divisions foes (SEC WEST) to ever play each other for a National Championship (Jan. 2012). 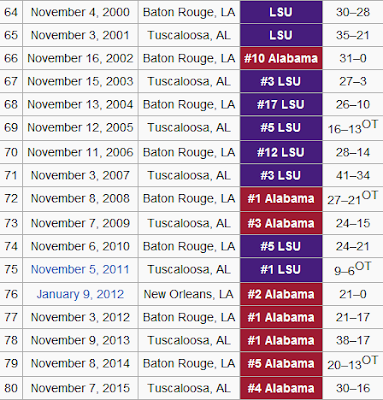 The Tide has won the last 2 contest in Tiger stadium, and 4 straight regular season meetings. With few exceptions, these are traditionally close, hard fought defensive battles.

This year the Tide comes in undisputed #1 in the nation riding a 20 game win streak, with an amazing true freshman QB at the helm and the highest scoring defense in the country, who will kill you with your mistakes.

The Tigers take the field in the midst of a new era, a renewed spirit and a resurgent offensive, and a defense that has in the last 3 weeks shutdown 3 of the top passing attacks in the college football, and has given up the fewest TD's in the nation (8).  Both team's run game is their bread and butter, and both defenses total have only allowed 6 runs of 20+ yards this season.

But unlike last year, this will not be a game played in a phone booth. Both teams  possess  big play ability and elite defenses.  I think it may come down to who makes the fewest mistakes, and on QB play.  And I'm sure Nick Saban, who understands very well by once possessing the advantage of the hostile environment of Tiger Stadium in his years as coach of LSU, has schooled his freshman Quarterback well. If not, he won't be the first young QB to be rattled by his baptism in Death Valley.

Can the 2016 Tigers hang with the Crimson Tide for 60 minutes? I have faith they can.  And let's not forget that old saying, "When the mighty fall, they fall mightily."


And as has become our tradition of a friendly wager on the game, I and my Fellow Blogger, Friend and SEC Sister Curmudgeon, the most devoted Crimson Tide Fan I've ever Known, will donate our wager to the worthy cause of the Shriners Hospitals for Children this year. 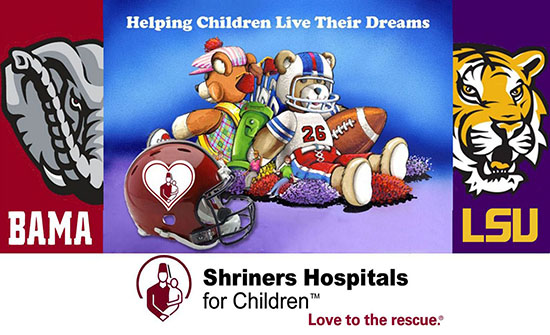 For almost 100 years, the Shriner's Children's Hospitials have helped more than 1.3 million children with severe burns and birth defects, receive life-changing care, regardless of a family's ability to pay.

We both encourage you to join us, and give a Christmas Gift of a donation to this life changing worthy cause.

And now, after all the hype, and all the sports monkey expert's prognostications, there's not much more to say that hasn't already been said except:

Buckle your seat belts boys and girls.
The Tigers and The Tide Are Gonna Play Some Football!