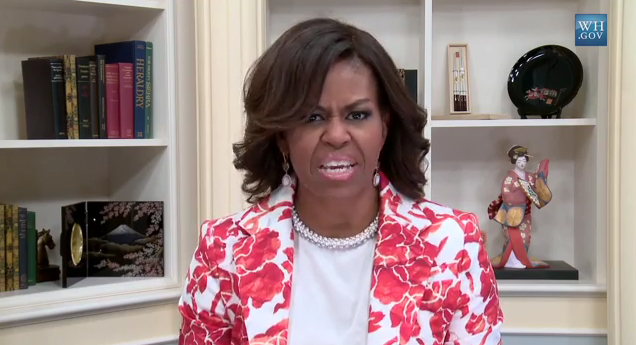 As we on the right recognized long ago, Michelle Obama has been one of the worst First Lady’s ever. Sure she could be charming and well spoken when she needed to be, but we could see through the facade and saw the angry black woman. Liberals are falling all over themselves to praise her in these final days, and they keep saying her ratings are through the roof. We see her for who she really is, someone who has really done nothing to help America.

Michelle Obama is put up on a pedestal by the black community for no other reason than being First Lady. According to The Root here are the five of the things Michelle did that the liberals say were her best moments:

1. Launching the Let’s Move! Initiative
2  Becoming BFFs With Beyoncé
3. Taking a Chance on a Guy Who Made Less Money Than She Did
4. Hosting an African Dance Class at the White House
5. Rocking, Like, a Thousand Different Hairstyles

The actual article is titled, “The 10 Blackest Things Michelle Has Ever Done,” and for an African-American magazine that translates into why they believe Michelle is the best.

Those of us who watched her closely throughout Barky’s presidency know that she started her tenure with telling us why she has never been proud of America.  Now, she is ending it by saying that America is hopeless in her interview with Oprah. She thinks we are hopeless because Obama was the guy who brought us hope and now he is leaving. However, we all know Obama brought us nothing but division.

Michelle will go down as the first African-American First Lady, that is what primarily she will be remembered for. But she will also be known as the First Lady who travel widely at our expense. Vacationing under the guise of education, along with moms Robinson and daughters Sushi and Malaria, were joined by Meryl Streep for a jaunt around Africa and the Mediterranean, along with romps through China and Europe.

Spending $100 million in expenses on a vacation and using the cover that it was for promoting girls’ education is rich.  But even these extravagances will fade with time. All the other rude gestures and the big spending will be forgotten. She will have left no mark and will be remembered for nothing of value.

Any personal comparisons to a cultured Jacqueline Kennedy or a graceful Nancy Regan are ludicrous. She lowed the bar considerably, let fruity gay fashion designers dress her like a clown and made a fool of herself on public. She was African-American first, and the First Lady of that race. Over time that won’t be much to remember, either.  You can take the girl out of the ghetto, but.....


Michelle Obama, the First Lady who had eight years, the position and capital to do good in this world, but really didn’t do a damn thing worthwhile. 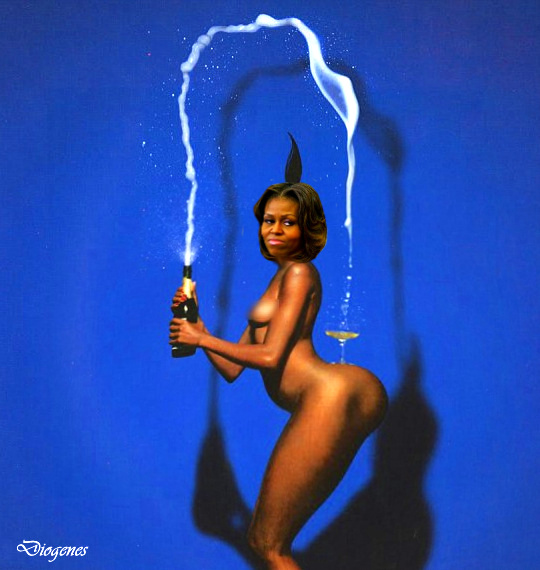