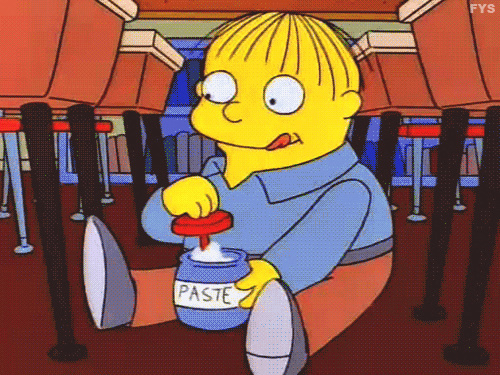 The following is from Matt Walsh’s Tuesday column "Hey, smug millennial liberals — here are some New Year’s resolutions for you." He wrote this in response to the idiotic video MTV made about New Years Resolutions for white people. Every single one of these resolutions is spot on. Especially the first one.

All of the emphases in bold are mine.

Before you make some blanket statement about white men, imagine what the statement would sound like if you replaced “white men” with any other demographic group. For example, the video begins by saying, “Hey white guys, here are a few things you could do better in 2017.” Now imagine a video that began, “Hey black women, here are a few things you could do better in 2017,” or, “Hey Mexicans, here are a few things you could do better in 2017,” or, “Hey transgendered Asians, here are a few things you could do better in 2017.”
You would need months of counseling after watching any of those, wouldn’t you? And why is that? Well, because you’re incredibly sensitive, but also because you would most certainly consider it the height of bigotry for anyone to spend two minutes telling black people, or Mexicans, or homosexuals all of the things they need to stop doing and stop saying and stop believing. And you’d probably be right.
Now here’s the thing: you don’t have a bigotry hall pass. You don’t get to heap scorn and hatred on white men and then walk away feeling like you’re any better than the average white supremacist. In fact, you’re probably worse. Or at least you represent something that’s worse. White (male) supremacy is not a mainstream ideology. It’s roundly rejected by almost everyone all across the political spectrum. But black supremacy, woman supremacy, gay supremacy — the belief that these groups are morally and intellectually superior to white men — is very much a part of the mainstream. They teach it in college, which is probably where you picked it up.
Your bigotry is worse than any other kind of bigotry in America precisely because it’s so popular and so accepted. Worst of all, it’s the only kind of bigotry that can often be mistaken for virtue. But bigotry is bigotry all the same. You are bigots. So, stop it.
—

Resolution 2: Stop spreading the myth that America is inherently racist and sexist.

America isn’t great for anyone who isn’t a white guy? Maybe you should tell that to our black president. Actually, he may very well agree with you, but that’s because he shares in your delusions and prejudices.
You may notice that many non-whites and non-men stream into this country from all across the globe every year. In fact, your ancestors did the same. The girl who delivered the “America isn’t great” line in the video is a minority herself. That means her parents or grandparents came here precisely because this country is far greater than the one they fled. Perhaps she can drive home from her expensive college in the car her parents bought her, walk into their nice, climate controlled home, and inform them that America isn’t great for her. Maybe she can convince them that she’d like to return to the poverty and tyranny in whichever country her family originates. Something tells me they will not be anxious to join her.
I would argue that the “greatness” of America has taken a severe hit because of its increasingly godless, progressive, decadent culture. But that’s the kind of culture you guys want and have fought to establish, so you have no reason to complain about it. As far as you’re concerned, America is very near perfect. You can wear your nice clothes, talk on your nice phones, go to college, say whatever you want, think whatever you want, do whatever you want, make racist videos, and bask in a culture that largely reflects and reinforces your flawed worldview. What in God’s name are you complaining about? If this isn’t great enough for you, I hate to think how you’ll react if things ever get legitimately bad in this country.
—

Resolution 3: Develop an iota of humility and gratitude.

We’ve mostly covered the gratitude piece. You have many reasons to be grateful, especially if you’re a racial minority or a woman, knowing that you have it better here than you’d have it virtually anywhere else on the globe. And as triggering as this idea may be, you also have many reason to be grateful to the white men you spend all day whining about.
It was mostly white men who founded this country. It was mostly white men who developed it. It was mostly white men who innovated our technology, medical advancements, etc. It was mostly white men who saved the entire globe from catastrophe several times in the 20th century alone. No, it wasn’t exclusively white men, but mostly. And you ought to recognize that, and be grateful for it.
This also speaks to humility. If you’re a progressive college-aged millennial, you have absolutely no standing to lecture anyone about anything. You haven’t done anything with your life. You haven’t accomplished anything. You haven’t sacrificed anything. You have no wisdom. You know very little, and far less than you think. Humble yourself and start listening for a change. And then maybe when you’ve worked a job, gotten married, had some kids, read some books that weren’t assigned to you by a college professor, had a few ups and downs, encountered life fully detached from the bosom of your parents and academia, then maybe your opinions will carry some weight. But, if you follow those steps, your opinions will also have changed drastically by then.
—

You live in a physical universe. It’s important to know a few things about that universe: First, it exists. Second, it has laws. Third, you can’t change those laws. Fourth, as my friend Ben Shapiro might say, it doesn’t care about your feelings.
An unborn human doesn’t lose its humanity just because you don’t want it to be human. A man doesn’t become a woman just because he’d prefer not to have a penis. The fundamental nature of something can’t be altered at all, by any force, but especially not by the force of your imagination. God Himself cannot make 2 plus 2 equal 5, because that is inherently irrational and therefore inherently impossible. Despite what you may have been told, you are not God. And if God can’t do it, your chances of success are considerably diminished.
People are people. Men are men. Women are women. These are the basic facts of life, the parameters of existence, and you will not be able to function as a normal, decent human being until you accept them. But again, this will take some humility. It really requires only the slightest hint of modesty to accept that you are not more powerful than God. It’s disturbing to think that so many of you do not possess even that much of it.
—

Resolution 5: Get rid of all of your buzzwords.

They’re all stupid and they make you sound stupid when you use them. None more so than “mansplaining.” If a man happens to be teaching you something or offering instruction, as I am doing here, he is not “mansplaining.” He’s simply explaining. He’s a man explaining things. His explanations are not made illegitimate by the fact that he is a man.Indeed, if that were the case, we’d have to throw out everything that was “mansplained” to us by Einstein, Newton, Galileo, Copernicus, Da Vinci, Aristotle, Socrates, Aquinas, and so on. In other words, if we were to scoff at and dismiss every insight or discovery given to us by some misogynistic mansplainer, we would very quickly find ourselves back in the Stone Age worshiping the Sun god and dying of diarrhea and Typhoid.
I suppose if a millennial feminist could have been there when Aristotle wrote Ethics, or when Copernicus posited heliocentricism, or when Martin Luther King Jr. delivered the “I Had a Dream” speech, she would have given a patronizing smirk and lectured about the dangers of mansplaining. I guess, then, it’s a good thing that those were more serious times populated by more serious sorts of people.
—

Since you brought it up, let me state for the record that, no, not everyone loves her. I mean, I love her in the sense that I am obligated as a Christian to love all human beings. But as a singer I finder her bland and uninteresting, and the content of her songs I find illiterate, vile, and degrading. But even if she were a real musician and her songs were intelligent and substantive, I’d still warn against worshiping her or any other pop star.
—

This one is self-explanatory.