This Should Put a Burr Under The Saddle of the MSM 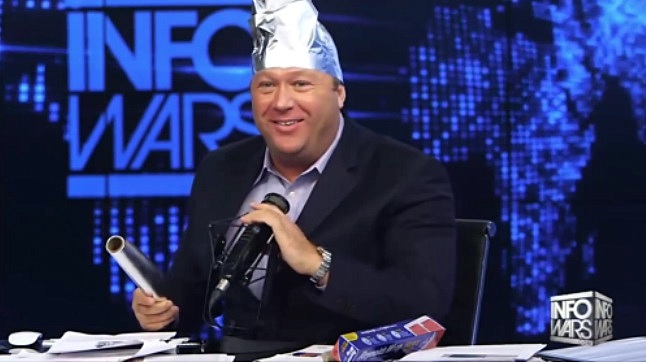 When I first saw this story I started laughing, then broke out in a cold sweat.  No.  Please No!  Then I heard Jones say it himself.  But after a little thought, I told myself that this could really be fun and piss off the media in ways even I couldn't think of. The man who tells us all the school shootings are false flags and juice boxes turn kids gay, fully credentialed and attending the White House Press Briefing. Oh Yeah!

In an announcement to his fans and listeners and all of America, conspiracy theorist and 9/11 Truther Jones announced that his site, Infowars, had indeed been offered press credentials by the Trump White House. Jones said he hopes all the people from illegitimate fake news organizations like CNN get demoted from the front row, and replaced by Breitbart and Drudge and other "real reporters" like him.

"Here’s the deal, I know I get White House credentials, we’ve already been offered them, we're going to get them, but I’ve just got to spend the money. I want to make sure it's even worth it. I don't want to just sit up there like "I’m in the media, look our people are there." People don't understand this paradigm, we’re devolving in a good way."

"What's CNN doing in the front row, when press secretary Sean Spicer keeps going to them? And then the reporter yesterday goes, "Oh, maybe Trump wasn't even elected. That's why you say there's fraud." So they're like little kids up there. These aren't real journalists. Meanwhile, it's just crazy, you should see Breitbart and Drudge, and also just reporters that are known to tell the truth from mainstream.

Can't argue with Jones on that at all! And I realize Jones was one of Donald Trump's first and most fierce and loyal supporters. And I can't fault him for that either. But the important thing here is why Jim Hoft and Alex Jones are getting press credentials.

Conspiracy theories, contrary to what you might think, actually make people much more malleable. They make people believe that they are smarter than smart people. If you can convince someone that chemtrails exist and can be fought with vinegar, you can probably convince them Obama's EPA was turning all the frogs gay.

We can only just imagine Jones' dream first press briefing. Front row, sitting in the Helen Thomas memorial chair being called on:

Jones - Now that the CIA director is firmly in place and had time to poke around, will the President be issuing a statement on , or release information about the Fake Moon Landings or the Lizard People that abducted Elvis?