Here She Comes, Ready or Not. 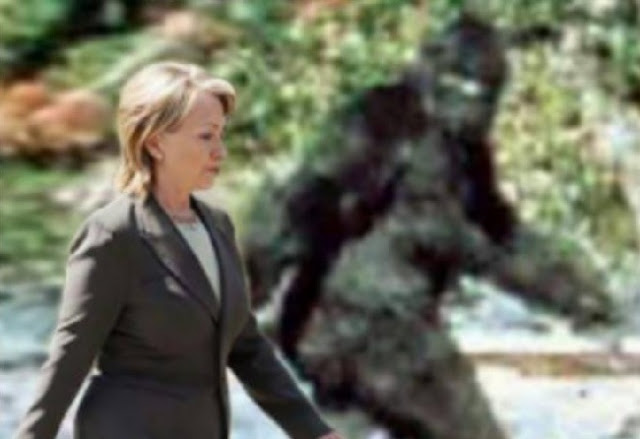 "I'm Ready To Come Out of the Woods"
Ma Clinton, formerly your repudiated democratic presidential candidate turned flaxen-haired Queen of upstate New York sasquatch, after a long hibernation in wilderness of Chappaqu has announced her intention to return to that which she loves most, 'Attention.'

Asked if she would run for Mayor of NYC, Clinton responded:


"I’m not running for mayor of NYC because I can’t afford losing to a double-parked car in queens."

But after Donald Trump disappointed much of America by not prosecuting the Clinton Crime Organization, and given time to shut down the Clinton Globull Initiative and destroy all the incriminating evidence, Ma may be looking to lend credence to an at present batshit crazy, disorganized and headless resistance movement, and become a public thorn in Trump's paw for the next few years.  And nothing says 'Resistance' like a shrill, 70 year old Grandmother and her pet monkey, Huma.