Media Still Doesn't Realize Who They're Dealing With 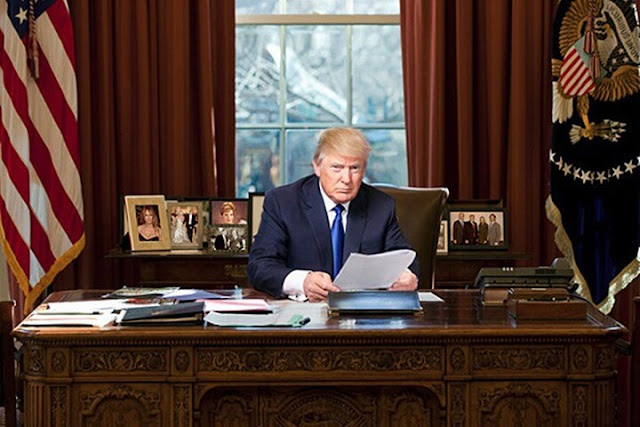 We've spent the last few days (and probably will most of this coming week) watching the usual suspects in the media as they attempted to knock down or explain away Donald Trump's wiretapping claims. What I suspect the media doesn't understand is Donald Trump is playing a different game, a game using their own rules against them.

Let's start with the key word "legally." They keep going over the ways Obama could have wiretapped Trump in a legal manner. Who said anything about legal? Donald J. Trump has never said that Obama wiretapped him legally. It's funny to see the way the useful idiots talking heads all blow past this point as if this dick Obama was beyond something like that.

One example was the little weasel from The Washington Post, E. J. Dionne:


"It appears that Trump issued his wild tweet storm Saturday morning largely on the basis of reports in conspiracy-minded right-wing media. He signaled his lack of evidence first by reportedly pushing his White House staff to ransack sensitive intelligence information to find support for his claim. Then on Sunday, White House press secretary Sean Spicer said Trump wanted Congress to look into the matter and that the administration would offer no further comment. Trump has a problem either way. If he was not wiretapped, he invented a spectacularly false charge. And if a court ordered some sort of surveillance of him, on what grounds did it do so?"

"Trump has a problem either way," Dionne says, working from DNC script as usual. He imagines only two possibilities: 1) Trump didn't get wiretapped at all, and  2) Trump got wiretapped legally, with "a court ordering some sort of surveillance of him."

Earth to six- and seven-figure journalists: Donald J. Trump is playing a game it's fairly easy for him to win, at least within his own tribe. As a general matter, neither Barack Obama, nor anyone else, can prove that he didn't engage in a certain action. If Trump wants to claim that Obama sent in a gang of plumbers, no one will ever be able to prove that it didn't happen. For this reason, there's only one approach to take to claims of this type. You have to note that the accuser, in this case, Donald Trump, has offered zero evidence in support of his claim. Zero evidence; none at all.

You need to draw attention to that fact, and to very few others. But alas! In the hands of our under-skilled cable talkers, we've already seen Trump's wiretap claim end up seeming more credible.

The media pundits have peddled bullshit for many, many years. They've carried water for decades for very some shaky accusers. They're much more practiced at selling bullshit than at knocking it down. They have little experience at trying to ferret the truth. They're mainly skilled at reciting script, not at challenging demagoguery, on which their own engine runs. They're good on Q-ratings, makeup and clothes, but still not that, just as no one "ordered tax" in the famous old joke, Donald Trump hasn't said squat about "legal."