Here's what we know.  In the photo below, Chuck Schumer appears with an unidentified foreign personage of some sort. They're eating donuts at a Kirspy Kreme. We assume everything is on the up and up, because Schumer is obviously a person of the highest moral character, but we'd still like to know who his companion is.  He looks kind of familiar, but we just can't seem to place the face.
Here's the picture in question: 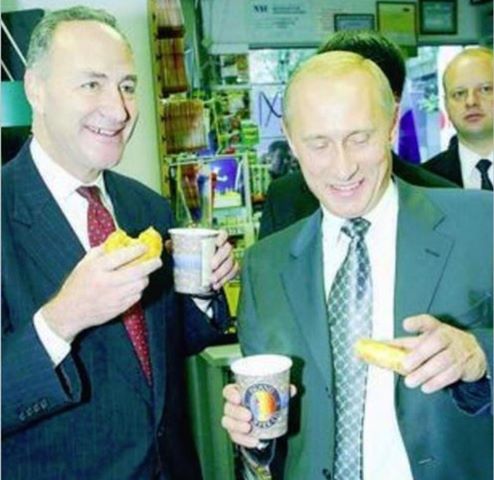 We're trying to do a little forensic work to determine the identity of this mysterious man. As you know, Schumer (a Clinton campaign surrogate) has called for Jeff Sessions to resign immediately over alleged - but utterly unproven collusion with Russia.