"Alinksy Works For Us Now" - MOTUS 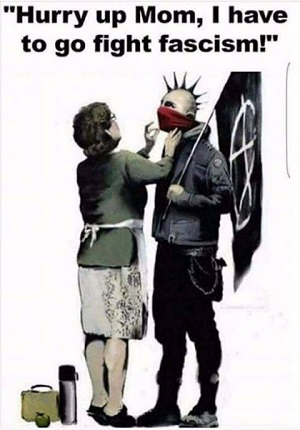 Saul Alinksy's "Rules for Radicals," published at the height of the counterculture movement, has long been required reading for community organizers on the left worldwide. It inspired activists with the labor movements, Occupy Wall Street, and Black Lives Matter as well as the European communist movement in France and Spain.

A young Ma Clinton wrote her senior thesis on Alinsky and fawningly corresponded with him.  Alinsky's Rules for Radicals is like Antifa's Quran. They tend to follow his rules explicitly and inflexibly. But recently Alinsky has drawn a less likely group of devotees. The Right.

So, Why Not turn them back against them?

"The Left is now getting massively out-Alinskyed, and the hilarious thing is that this band of withered hippies, unemployable millennial safe-space cases, and unlovable, unshaven libfeminists don’t even know it," wrote columnist Kurt Schlichter recently in TownHall.


"Thank you, Andrew Breitbart. You yelled 'Follow me!' and led a movement that had previously been dominated by doofy wonks and bow-tied geeks over the top in a glorious bayonet charge against the paper tiger liberal elite."

The whole idea of having Trump/free speech rallies in Berkeley is of historic nature. In 1968 the free speech movement happened in Berkeley to support communism. Now it is happening again in 2017 to support anti-communism / pro American ideals, in hostile territory.

Though most of Alinsky's keyboard warriors on the left continue to claim to eschew violence and laud, as he did, the passive resistance techniques of Mahatma Gandhi and the Civil Rights movement. His writings are not necessarily inconsistent with the antifa's embrace of recent street battles. "The future does not argue for making a special religion of nonviolence," he wrote. "It will be remembered for what it was, the best tactic for its time and place."

I have a feeling it's gonna be a Long Hot Summer....