Dems Are Plotting Against Nan!!

According to Politico, a handful of Democrats met in private to discuss the future of Minority Leader Nancy Pelosi after the disastrous Special election many hoped would demonstrate the electorate had begun to turn on Donald Trump.  Democrats are getting nervous as to whether their hopes to retake the House from the Republicans would be endangered if Pelosi was still leading their out-of-tune band. Pelosi yesterday in an embarrassing news conference stumbled through her accomplishments, saying, "I’m a master legislator. I am a strategic... politically astute leader. … My leadership is recognized by many around the country, and that is why I’m able to attract the support that I do.” Yeah, She told Um! 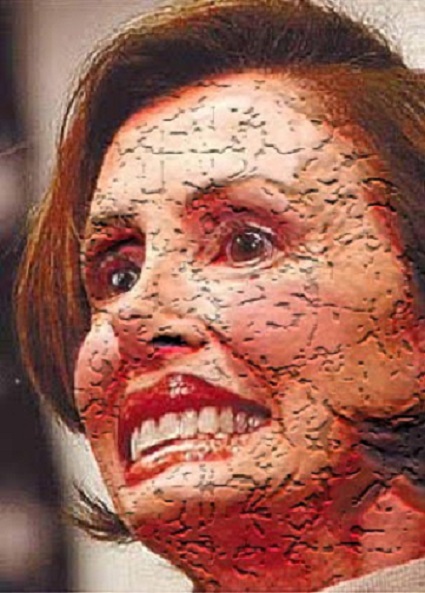 And I agree. I think the dems should keep Nan as their leader. After all, she represents everything the dems stand for. And she comes from good dem stock. Her Father and brother both ruled over Baltimore as Mayor, and we know how wonderful a  bastion of democrat principles it became. And she represents San Francisco, where visitors can witness all the diversity and cultural enrichment the dems love to promote.

Visitors to her district home can wittiness the likes of  a live-action Night of the Living Dead starring hammer-wielding illegal alien homeless people, a locale now as devoid of children as any Ayn Rand novel, nice Victorian homes boasting the ugliest prices of any major market and a sad anti-Happy Meal ordinance, store clerks charging customers extra money for a grocery bag, and grant permits for public parades featuring guys with feather dusters stickin' out their butts!

Yes my friends, we should all encourage the House democrats to keep Nancy as their politically astute leader. Some in America need to occasionally be reminded of just what the dems are, and what they stand for. And who better to be their standard bearer?