Ramadan: It's Not Just for Prayer and Fasting Anymore 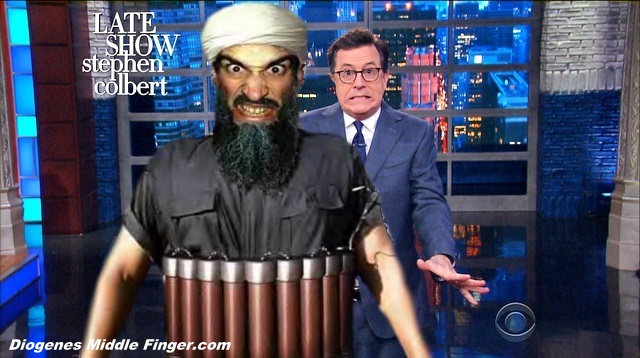 Ramadan is supposed to be a holy month of fasting, introspection and prayer for Islam. Fasting is one of the five fundamental principles of Islam. During Ramadan, Muslims do not eat or drink from sunrise to sunset. They are also supposed to avoid smoking and sexual activity raping, as well as unkind or impure thoughts and words. Ramadan is a time to practice self-restraint and self-reflection. Muslims go to work and school and take care of their usual activities during Ramadan; however, some also read the entire Quran, say special prayers and attend mosques more frequently during this time.

Yes, some attend Mosques more frequently. Others, like in the Philippines, choose instead to visit a Christian Church. Upon arrival to the Church, instead of praying, the Muslim “visitors” throw Christian statues to ground, smashing and stomping on them. Not satisfied with the destruction, they set the Church on fire. Happy Ramadan!

Others choose to run down people in the street with trucks and stab by-standers.

Still other Islamist enter a Manila hotel and casino and set it ablaze, killing 40 guests. There have been close to 200 killed so far, and Ramadan has just begun. Only 10 days in and there has been death, destruction and been massive property damage, not to mention the fear of future attack that is mentally weighing on people.

So, I leave you with this fun fact. The man suspecting of influencing at least one of the London attackers is Ahmad Musa Jibril. The jihadi preacher doesn’t reside in some Afghan cave or Libyan hell-hole. He lives in Michigan. And not just anywhere in Michigan. Jibril lives in Dearborn, also known as Dearbornistan, due to its concentrated Muslim population and “No-Go Zones.”

So Happy Ramadan everyone! May we survive until the 25th of June.