Lawyer Admits DACA is Lawless & Unconstitutional And Obama Knew It 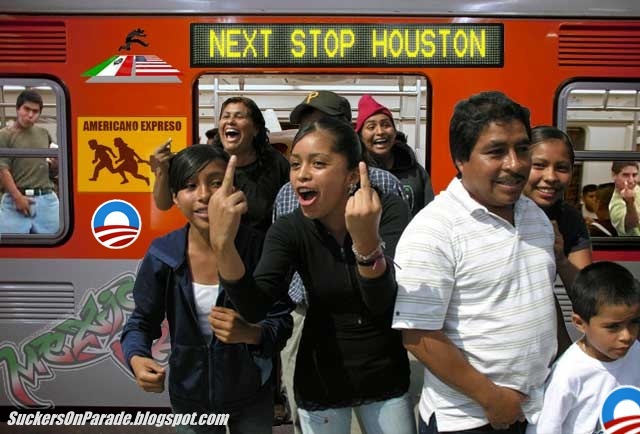 Warner Todd Huston - "As the nation gears up to re-argue Barack Obama’s amnesty for illegals called the Deferred Action for Childhood Arrivals (DACA), one of the lawyers that Obama employed to push the original campaign has come out to admit that the whole program is probably unconstitutional and clearly Obama knew it the whole time."


"To hear the media tell it, all 844,931 people within the Deferred Action for Childhood Arrivals program are paragons of virtue we Americans should be throwing ourselves at the knees of in gratitude for them coming to stay. In reality, DACA is a shabby little temporary amnesty program that rewards underachievers and permits quite a few criminals to avail themselves of its benefits......" - Monica Showalter

"Attorney Eric Columbus, who worked on DACA for Obama at the Department of Justice, jumped to his Twitter account to talk about the policy he helped build. In a long series of Tweets, Columbus noted at one point that court challenges to DACA’s legitimacy are “very likely to succeed” because DACA simply isn’t a legal policy.

By the way, it should be noted that there already was a court that ruled against Obama’s illegal policy, but he ignored the court ruling and implemented DACA anyway. In 2015, the U.S. Fifth Circuit Court of Appeals blocked Obama’s executive orders because the policy forced states to support illegals with state funds and because Obama’s actions summarily changed the status of millions of illegals without Constitutional justification. Obama lawlessly surged ahead and put his plans in place, anyway, quite despite what the 5th Circuit and a lower court ruled."

Let's not kid ourselves.  It's not compassion that drives democrats to defend a lawless Obama policy.  It's an attempt to "Fundamentally Transform America" by duplication of this in all the higher electoral vote states.   Nothing more........ 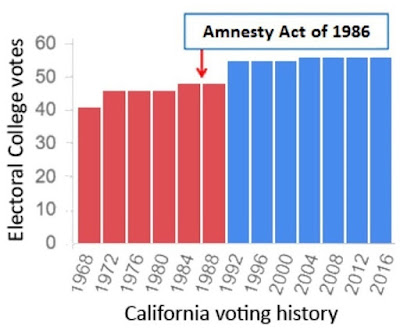