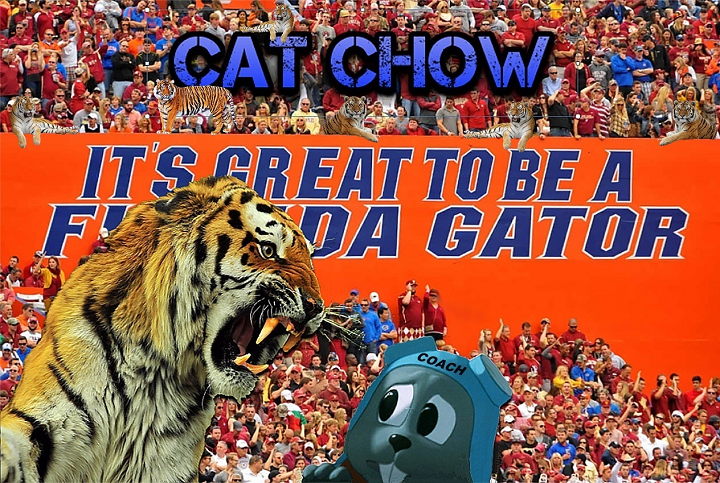 The luckiest coach in college football and the one who hopes his luck has turned this week meet at the Swamp in Gainsville for the SEC "Underachiever Bowl" Saturday.  The Little Squirrel and his Gators have managed to squeak out a couple of wins that have kept their heads above water in the SEC East, but have looked unimpressive doing so. 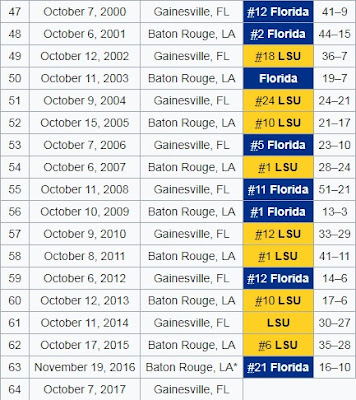 And as for the Tigers, well what ever was the problem in Baton Rouge better be fixed now.  The team that shutdown BYU with ease was not the Tigers we saw the last couple weeks. Missed assignments, blown coverage and turnovers are not Tiger Football.

It's crunch time in the West, and it's uphill all the way now for coach O' and the Tigers. A meat grinder of a schedule lay ahead.

This game with Florida has taken on the feeling of a true rivalry for both schools, one of more then just genuine dislike, especially heating up the last few years after the Squirrel McElwain's post-game comments.  I would suspect after last week, and with the memory of last years game in Baton Rouge when the Tigers ran up and down the field on Squirrel's much vaunted defense, only to hand them the game and the SEC East title on a silver platter on the last play of the game, that the Tigers are coming to play. 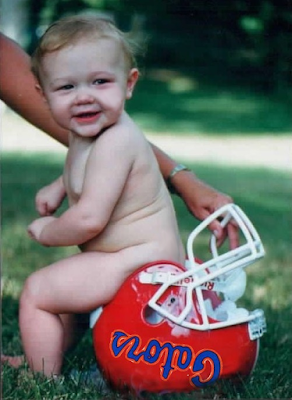 This is a winnable game and a chance for the Tigers to redeem themselves.  Well at least a little, after all, it is the Florida Gators.  It all depends on if the Tigers can run on the Gators, and if they can get to the Florida QB and force mistakes, and not make mistakes of their own, a problem that has plagued them all season so far.

And a win at the Swamp by the Tigers won't be the upset as the sports monkeys proclaim it would be, but instead an oh-so-sweet revenge, being that Florida decided to change to this game their Homecoming. That's poking the Tiger in the Eye.......

I say the Squirrel's Luck runs out

Alabama vs Texas A&M 6:15 CT-ESPN
The reason no one beats Alabama is because they play basic football, executed flawlessly and don't make mistakes. Don't believe me? Just Watch......


Ole Missy vs Auburn 11AM CT-SECN
Locale boy Shea Patterson is going to be a great college Quarterback, but hasn't the team around him yet. The Auburn defense may pose a problem for his air attack......maybe not.