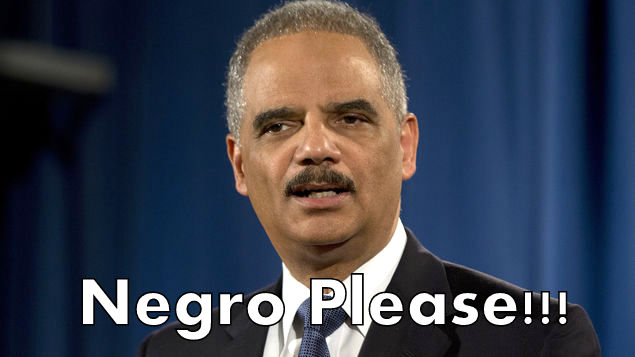 Of all the people in the last presidential administration who should keep their #@*&$! mouth shut, it's Eric Holder. If there were any justice in this country, this man at the least would be in jail for lying to congress, selective enforcement of federal law, involvement in massive government corruption......or be shot for treason.  But now he is boldly issuing a not so veiled threat if Trump tries to can Robert Mueller. If anything, Trump’s election was a repudiation of Obama and all he and Holder stood for. And yet, here’s Eric Holder acting like he’s the moral authority in this country. Pretty bold for someone who thought they were ABOVE THE LAW.

It’s hard for any rational person to make the argument against disbanding this Mueller special counsel.  It's clear that there was no collusion and the investigation has been hopelessly compromised. We now know that Mueller had people on his team who not only hate Trump but appear to have been actively working against Trump since 2016 from their positions of power.  Someone needs to remind the thugs from the Obama years that they are no longer in power. They have no authority to say what will or will not be tolerated. That's no longer their choice.

Sounds like maybe Eric is getting nervous what might be said or come to light should people in the DOJ and FBI start to turn.

Where's the falling pianos when you need one..... 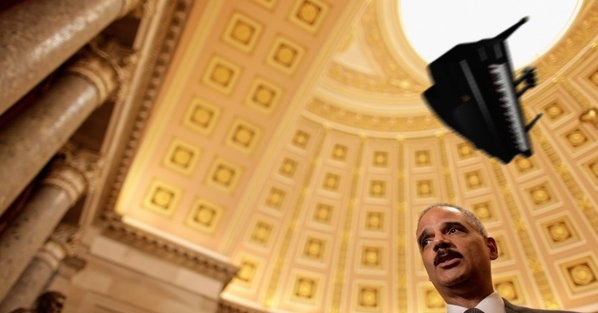