Maybe Someone Needs To Rethink The Saying "It's So Easy Even a Caveman Can Do It." 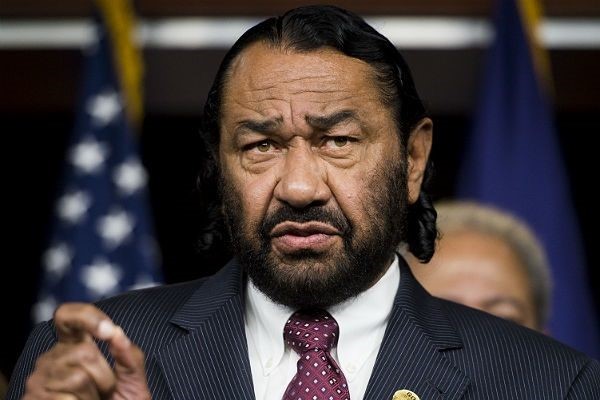 DT - The definition of insanity is doing the same thing over and over again, but expecting different results, but that wisdom is lost on Democrat Al Green and his quixotic mission to bring impeachment charges against President Trump.

Green is one of the more obnoxious members of the self-segregating Congressional Black Caucus as well as one of the butt-ugliest human beings that has ever prowled the halls of Congress. The former head of the Houston NAACP turned politician has repeatedly seen his efforts go down to defeat, often in an embarrassing manner. But for what Green lacks in intellectual firepower, he more than makes up for in persistence. Green is once again vowing to impeach Trump over referring to “shithole” counties as “shithole” countries because like everything to a black identity progtards with a twisted worldview EVERYTHING is racism when it comes from the man who replaced Barack Obama in the White House:


Congressional condemnation of racist bigotry is not enough. In Congress, talk is cheap-it’s how we vote that counts. Next week, I will again bring a resolution to impeach @realDonaldTrump. I will put my vote where my mouth is. #RepealandReplaceTrump.

Green’s imbecilic outburst should also provide fodder that a similar constitutional amendment be created mandating a basic civics test for members of Congress. The Constitution pretty much defines what is and is not an impeachable offense and unfortunately for goofy Green, having a serious case of red-ass over your guy losing an election isn’t one of them. This sorry excuse for a congressman wouldn’t recognize the document if it sneaked up behind him and bit him in his ignorant, grandstanding ass.

In a sane society with a functional media and political leadership that puts America first it would be funny to watch the Democrat clown car careening around but unfortunately, we don’t live in one. The lunatics have truly taken over the asylum since Hillary’s crushing loss and they are making a break for the fences… READ MORE