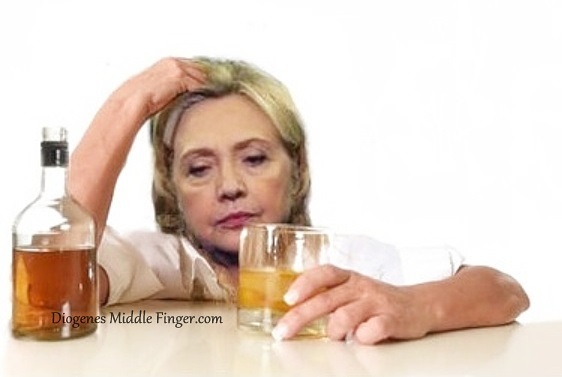 Once upon a time people were throwing six figures at Hillary Clinton for a speech. Despite being a book author *snork* she’s still a loser and she’s making less than Jersey Shore star Snookie for speaking fees. This week Hillary gave a speech at Rutgers University and was paid 7 grand less than the school dropped on a drunken Oompa Loompa.

NJ.com reports: Earlier today, NJ Advance Media reported that Hillary Clinton was being paid $25,000 to speak at Rutgers University, for a speech about “politics, American democracy and her role in shaping women’s political history.” To some, this sounds like a nice chunk of change. But to those who are familiar with the celebrity speaking circuit, it’s basically bubkes. Chump change. A drop in the DNC bucket. Consider that in 2015, no less a statesman than Matthew McConaughey was paid $135,000 (plus travel and expenses — alright, alright, alright!) to speak at the University of Houston, and that Katie Couric cleared $110,000 in 2006 from the University of Oklahoma (pre-recession, sure, but still impressive!). In fact, Rutgers has a history of shelling out considerably more that $25,000 to notable speakers. And Nicole “Snooki” Polizzi was given $32,000 for a Rutgers appearance that offered the sage advice, “Study hard, but party harder.”

Rutgers definitely got their money’s worth. The Hill reports that Hillary told the audience she won’t let sexists stop her from continually complaining about the reasons, not including her, that she lost the 2016 presidential election. The funny thing is, it is Hillary’s own party that is telling her to STFU. Democrats are trying desperately to distance themselves from this bitter old loser because she is so toxic it threatens them even in traditionally democratic districts.

Now that Hillary makes less than Snookie in speaking fees she has officially been demoted to the D-list. The only thing left for her now is judging pie eating contests at county fairs and signing autographs at RV shows. Then again, she’d have to spend time around deplorables to do these things, so she might actually be unemployable at this stage.
© Posted By Diogenes Sarcastica™ on 3/30/2018 01:17:00 PM
Labels: Ma Clinton, The Biggest Loser, The Clinton Clan