What Could Possibly Go Wrong?? 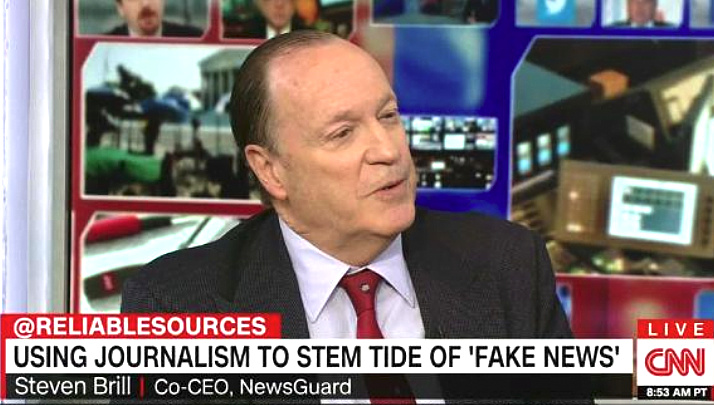 New Startup Wants to Determine For You What is Fake News

What could go wrong. Put dozens and dozens of people in a room, (hopefully with the proper amount of diversity in skin color, plumbing, and sexual practices) many who were taught in journalism schools their mission was to decide the truth, change the world and tell people what they should think, and give them the job of rooting out and labeling Fake News on the internet.

In a world where the left is so f**kin stupid that SNOPES has to officially tell them CNN didn't really buy an Industrial Strength Washing Machine to spin the News, maybe they could use a service like this. The Startup founder and CEO, Steven Brill stated the mission and the goal of their venture: To help consumers distinguish between sites that are trying to get it right and sites that are trying to trick people.

The irony of this is he said it on Little Chubby Stelter's show on the Fake News Network CNN.


"What we're doing is no more and no less than telling people the difference between The Denver Post, which is a real newspaper, and The Denver Guardian, which broke a bunch of,  you know,  completely fake stories right before the election," said Steven Brill, the co-CEO of the new venture.

He said several dozen journalists will be hired to produce the reviews. The pitch is naturally appealing to journalists -- he's saying algorithms aren't cutting it, so real-life reviewers are needed to judge reliability.

Websites will receive green, yellow, or red ratings. There will also be "nutrition labels" with more detailed information. The labels "are intended to let readers know if they need to take particular brands they see online with a grain of salt -- or with an entire shaker."

"Imagine coming to a National Review story about affirmative action versus one from the Nation. Both totally legit publications,  but unlike the old days when you knew what brands were,  on a feed or in a search they both just look like headlines."

NewsGuard will try to license its reviews and nutrition labels to search and social networking platforms like Google, Microsoft, Facebook, and the Tweeter.