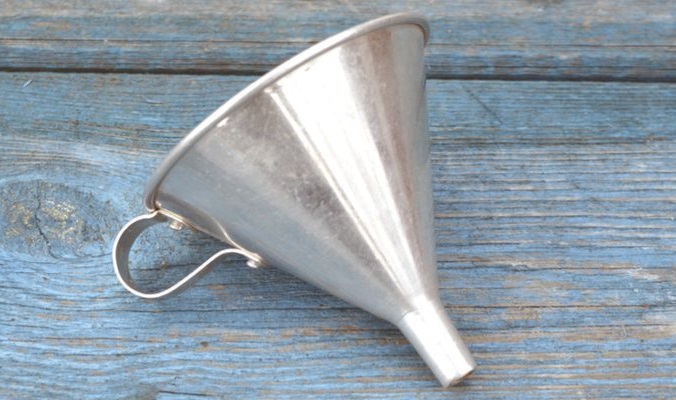 I'm continually amazed at elitist media people, especially the ones who by the things they say reveal to us they rarely leave their high-rises and concrete jungles and can say the most ignorant things while explaining things to other ignorant people.

Thursday's shooting at a Maryland newspaper involved a 12-gauge shotgun. I'm sure this was very disappointing to ghoulish liberals who were probably hoping the victims were gunned down with an "AR-47" so as to help push their efforts to ban all semi-auto firearms. Shotguns are generally pump-action and liberals, who know only of them from movies where they are used to blow out entire walls or making cars explode, have yet to pounce on these weapons. But according to NBC News, shotguns are 'reverse funnels of death' that require no skill to use, so obviously they will have to go. 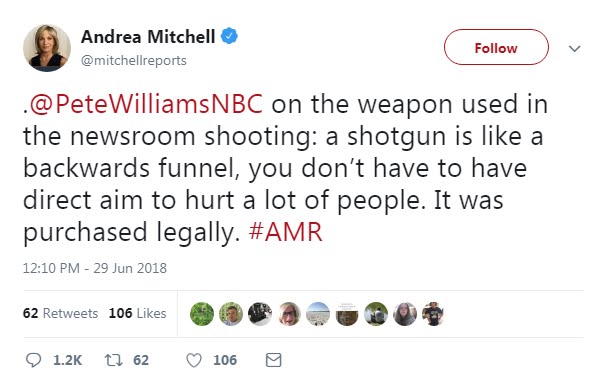 Pete went on the air with it:


“A shotgun, uh, uh, you know, if you’re not familiar with a shotgun, it sets out a spray of pellets and because a bullet simply goes in a straight line and shotgun is sort of like a backwards funnel, it spreads it out so that you don’t have to aim very precisely....It can do a lot of damage to the people that you aim it at, but you don’t fire a lot of rounds with a shotgun, so I think that has something to do with it.....”

It should be noted that Pete Williams is NBC Supreme Court correspondent and not their resident gun expert, though you probably figured that out just from the tweet.  The narrative they are trying to push is that shotguns are so easy to use that people can just aim them in any direction and kill lots of people. This is of course pure BS, but it’s not like the news media has ever gotten anything right about guns.

As someone who owns and occasionally uses shotguns to murder clay pigeons, I can tell you that aiming them is important if you are interested in hitting a target. There are obviously different types of chokes you can use to create a wider spread, but you still have to be on target or it doesn’t matter. In the case of a common 12-gauge, just the sight of one would probably scare the hell out of your average northeastern latte drinking liberal newsroom population.

The point is, shotguns aren’t “idiot-proof” killing machines.  The media says gun-grabbers only want to get rid of  'Assault Weapons" because they are designed to kill as many people as fast as possible ....they look really scary, but they have no problem with shotguns. But now a shotgun was used in a mass shooting so those innocuous weapons are now reverse funnels of death.  But don’t worry, they don’t have a problem with revolvers. That is until one is used in a shooting and then revolvers will become “rotating cylinders of murder”.