Hollywood wash-out, B-list TV actor and New York's favorite angry white guy,  Alec Baldwin and The Disney Corp are teaming for a new ABC network talk show. The project is based on Baldwin's WNYC radio show/podcast 'Here's the Thing With Alec Baldwin.' Baldwin being a vehement Trump hater who gained favor with lo-info millennials was awarded an Emmy by the Hollywood leftist for helping rescue most every weekend a pathetically unfunny SNL with his over-the-top portrayal of the Donald Trump.

The new talk show would expand Baldwin's relationship with the network where he currently goes through the motions as a bored, bloated card reader, hosting mostly other show-biz has beens on the game show 'Match Game'.  I'm not sure it matters where they schedule Baldwin show if you remember his last unscripted shot at TV talk over at MSBNC. 'Up Late' with Alec Baldwin" was the painfully worst late-night talk show in the history of human media pathology. 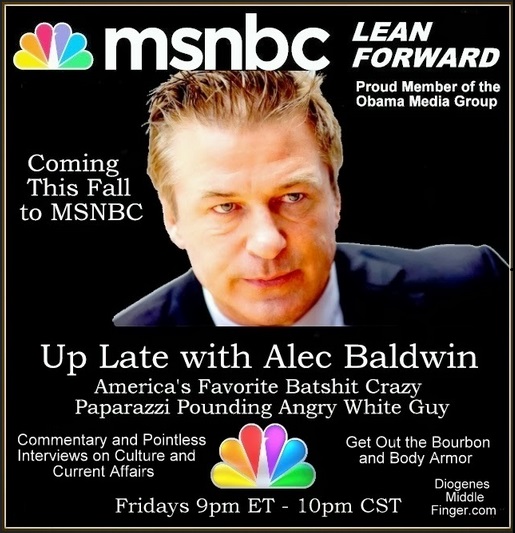 The series lasted a mere five episodes and aired Fridays at 10 p.m. from October 11 to November 8, 2013 and Alec got his ass fired from MSBNC for two homophobic incidents within the span of about 6 months. He's volatile, he's cantankerous, but for some reason people seem to like him.  Well, except Hollywood who won't touch him with a ten foot pole......

NBC: "No one could make a bigger mistake than we did hiring Megyn Kelly!"