RS - I know it’s dangerous to make political prognostications this far out. The primary voting doesn’t start until Feb. of 2020 after all. But, I’m going to go ahead and say it. Beto O’Rourke’s candidacy is over.

With some people in the race, that wouldn’t exactly be going out on a limb, but Beto didn’t enter this race as a 3rd tier candidate. He had all the media attention and name recognition. He was so hip and cool. It wasn’t supposed to be this way. After initially competing well in the weeks following his announcement, the past few months have not been kind to Beto. 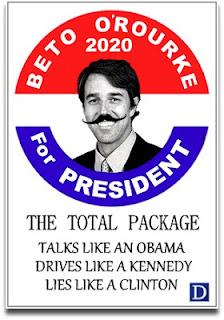 Last night was his chance to regain his footing and assert himself as a factor in the race. Didn’t Happen. At one point, Beto started speaking in Spanish for reasons only known to him and it led to the most meme-worthy thing of the night - Sparticus Booker Cory giving Beto the side eye when he starts answering questions in Spanish.

But it wasn’t just the look on Booker’s face. On substance he stumbled and flailed about, desperate to pander to the left while not appearing totally insane. It didn’t play well. Beto is asked about a 70 percent tax rate and somehow ends up talking about voter registration. Even rabidly liberal MSNBC, who spent the better part of 6 months fluffing Beto as the second coming when he ran against Ted Cruz in 2018, has jumped off the bandwagon.


Beto's take on the night:

Beto O'Rourke on #DemDebate performance: "I'd give myself an A." http://hill.cm/wsOYVjy

He seemed out of sorts the entire night and it became abundantly clear, even to the left-wingers on MSNBC’s panel, that this guy is an empty suit. It’s all fun and games when you are running against a Republican. Not so much when you threaten the socialist dream by not being quite as crazy as Elizabeth Warren. Beto is learning the hard way that love in politics is fleeting. He’s done. 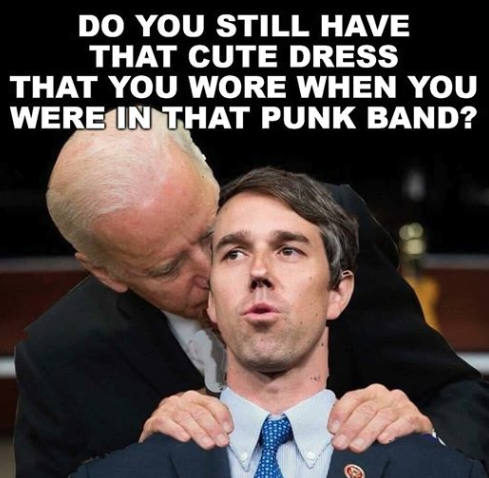