Saturday Down South Week #9: There's Only Room For One Kat Round Here! 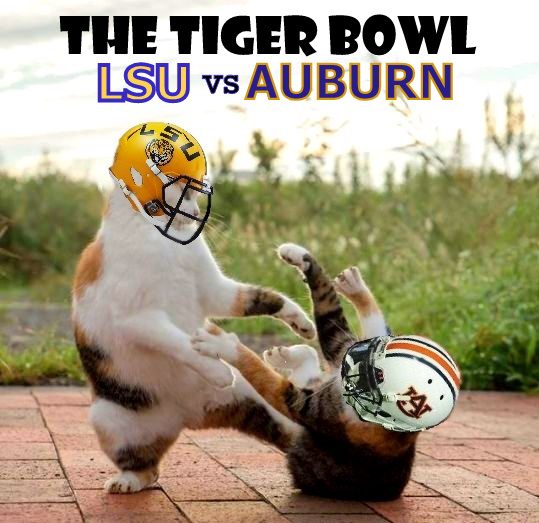 Week 9 of the college football season is upon us, and it brings a couple of crucial games in not only the SEC, but up there in the big10. Saturday night The Gus Bus Rolls into Baton Rouge for another date at 'The Place Where Dreams Come To Die'. The Auburn Tigers have not beaten LSU at home since 1999.  They come in Saturday ranked #9 after murdering the Hogs in Fayetteville last week.

Over the years some of the most memorable games ever played in Tiger Stadium were between LSU and Auburn. This game has implication for not only the SEC West Crown, but also CFB playoffs considerations.  A win by LSU would be its 3rd over a top 10 opponent and set up a showdown of #1 vs #2 with Alabama on Nov. 9.

As expected, the Auburn defense has been solid most all year. Their key to winning is to disrupt Joe Burrows timing and making him uncomfortable. No one's been able to do that enough to affect his game so far. Auburn’s has the DC and horses up front to do it. And with Gus calling the offense from the sideline, anything can happen.

Bo Nix has turned out to be a talented but unpredictable true freshman quarterback. We'll see how well he handles his first trip into the hostility of Tiger Stadium.  LSU has to disrupt Auburn's running game, the best in the SEC @ 239.6 yds a game. The Gus Bus can't keep pace without it, because even he knows you can't throw the ball in the Tiger's house. This is a game that could swing on a turn over or a bad call. Let's hope the Refs bring their seeing-eye Dogs......

The Football Gods have not looked kindly upon the Auburn Tigers when they travel to Death Valley. Auburn has come into Tiger Stadium ranked in the Top 10 four times. They are 0-4 in those trips. Saturday night it will be 0-5.
I say LSU by 9  ✔

H/T to Saturday Down South for 20 reasons it's better to be an LSU fan than an Auburn fan.

Arkansas (2-5) @ Alabama(7-0) - 6PM CT ESPN
A Tua-less No. 1 Bama gets a break considering their schedule and gets some time for Tua's backup to get some needed game reps against the anemic Hogs, and then a week to prepare for LSU in two weeks if needed. With nothing to lose, expect the Hogs to bring the house early and often against the Bama QB. And look for Tagovailoa #2 to play if necessary to win. Let's hope Tua heals in time for the Tigers visit to Tuscaloosa.


Wisconsin @ Ohio St. - 11AM CT - FOX
UPSET! Badgers slows down the Bucknutt's offense and pulls out a win in Columbus by a field goal.
Bucky by 3 ✖ 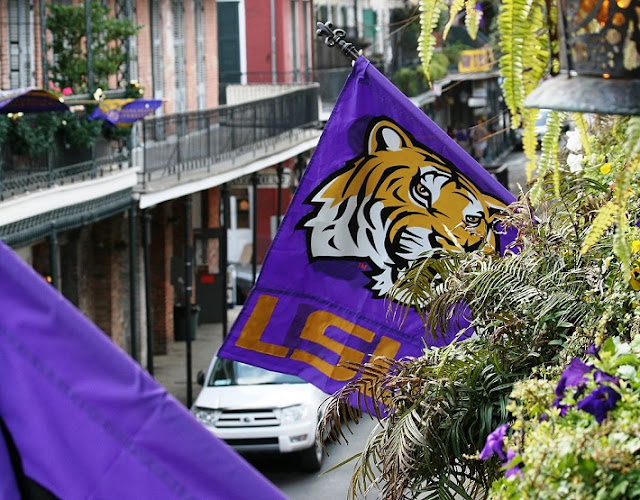