Name the Democrat who is super-excited to have Michael Bloomberg barge into the Dem primaries like some nutty ex-girlfriend who gave you crabs popping in at your wedding.  Where is the groundswell of support behind this pint-sized presidential aspirant?  Perhaps the Democratic consultants who didn’t sign up with one of the other goofy candidates are happy.  The micro-zillionaire may not have charisma or a vision or actual human support, but he’s got endless bucks to squander on electoral parasites.

So, those jerks will love him getting in.  And so will us Republicans – Trump already has a nickname laid upon the numismatic gnome, “Little Michael.”

This futile fiasco is not driven by anything but the malignant midget’s vanity, and not a little jealousy that Donald Trump, the unpolished Al Cervik, is dominating the Bushwood Country Club of American politics while Little Michael Smails is looking like a buffoon trying on awful hats in its pro shop.

Now, we’re already hearing lots of superficial and staggeringly dumb comparisons to Donald Trump.  Yeah, they are both New York billionaires, but Trump is from Queens, and that matters.  Can you imagine the soul-smashing agony Little Michael feels every day seeing Trump get played “Hail to The Chief” while all he gets is a couple of hobos whistlin’ “Short People?”. -- KEEP READING 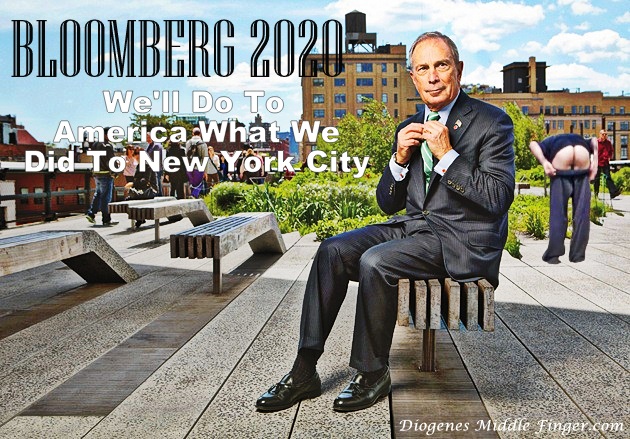