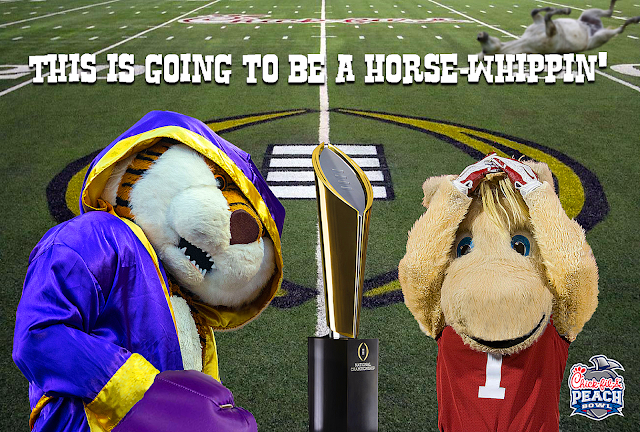 Saturday in Atlanta, Oklahoma and LSU will meet for only the third time in their long and storied gridiron histories. The last time was the 2004 Sugar Bowl National Championship Game. Oklahoma was heavily favored but came up short, and a guy named Saban put the football world on notice.

As we await Saturday's kickoff, I find it puzzling that the Sports Monkeys and Vegas guys so underestimate the Sooners, a two touchdown underdog to the Tigers.  Sure, Oklahoma didn't mow down their competition in the same fashion LSU did most all year, but have they forgotten who has had an outstanding year calling signals for the Sooners? Jalen Hurts is as Kool under pressure as any, and let's not forget, he's beaten LSU twice already in his career. Hurts is a 1000 yd. running back playing QB, and can sting you if given the least little chance.  Any real obvious advantage the Tigers have over the Sooners can be neutralized by Hurts running loose. That's why I say this is going to be a great game to watch. I have no doubt Burrows and Co. can score on the Sooners. But the Tiger defense, who have been playing their season best, giving up only 17 pts. in the last two games, are going to have to play the game of the year and keep Hurts in check. Mistakes in this game will be costly for the either team.

When you're the #4 team in the nation and are considered to have little chance, that makes you dangerous. I'm sure the Sooners are tired of hearing the underdog thing and will be playing with a big chip on their shoulder. Both teams will be without a major piece of their success so far, but that's football.  I just don't believe that with all the Tigers have achieved on and off the field this year, there's any way they let their goal slip away Saturday.

Last year after an very emotional loss to Jalen Hurts and his former SEC team mates, Coach O' announced "We're coming.......and we ain't backing down". Some people quietly laughed.
No one is laughing now...... 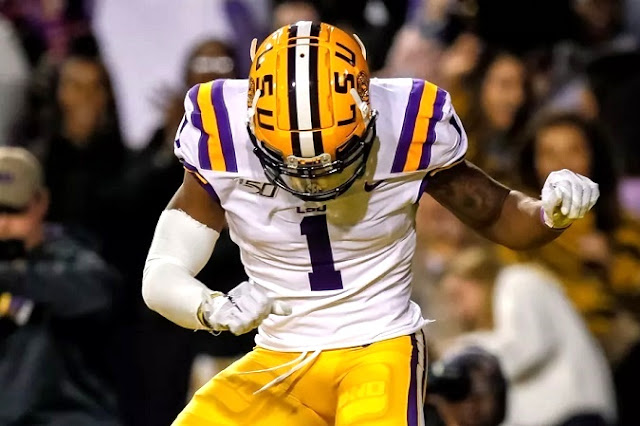