Someone Get Jim Acosta Some Burn Ointment 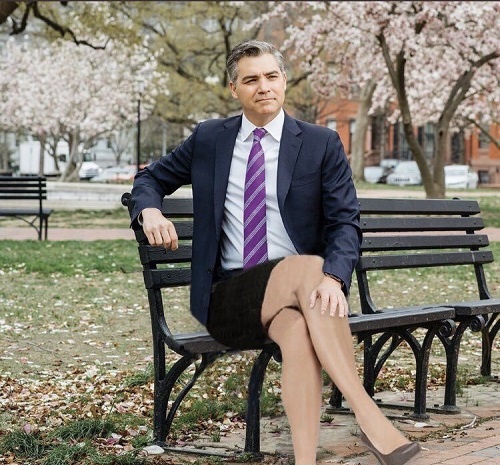 The last time Jim Acosta tried his typical “gotcha” question games with Kayleigh McEnany, it didn’t go so well for him. Nevertheless, CNN’s chief White House correspondent was at it again today during the daily press briefing, grilling McEnany with loaded questions about the Lafayette Park incident Monday where the Park Police confirmed that smoke canisters and pepper balls, not tear gas, were used on protesters who were allegedly throwing projectiles including bricks at officers who had told the crowd three different times to disperse as President Trump prepared to walk to burned St. John’s Episcopal church nearby.

If the White House could do it again, @Acosta asks, "would you have gassed and pummeled protesters to clear the park so the president could have a photo-op?"
— Philip Wegmann (@PhilipWegmann) June 3, 2020

Every time he asked it, McEnany fired back, first by setting the record straight that tear gas was not used on any of the protesters, and secondly that it was done in response to protesters allegedly throwing things at officers and law enforcement finding “caches of glass bottles, baseball bats and metal poles hidden along the street” shortly before 7pm, which was curfew time.

When Acosta continued to press on, McEnany whacked him by reminding him of the things that happen when police get caught off guard, such as the four officers who were shot in St. Louis during a recent riot, the Las Vegas officer who is now on life support after being shot in the head, and of other violent incidents involving rioters attacking police officers in the aftermath of the death of George Floyd. Officers have the right to protect and defend themselves and secure the perimeter, she again noted, while also pointing out that they protect him and his right to come to the White House press briefing room to ask questions during briefings. If this keeps up, Jim Acosta might want to invest in a few gallons of burn ointment along with a jock cup if he insist on getting kick in the nut regularly, because he’s going to need it.