Democrats Are Not European-style Socialists. They Are Worse. 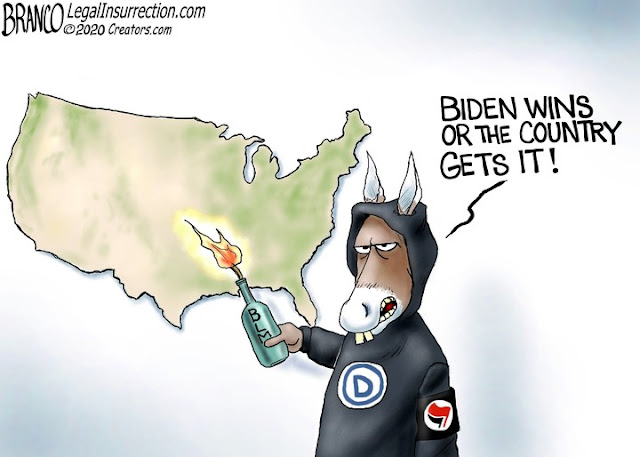 If I had to describe the single most disturbing thing about today’s totalitarian socialist leaning Democrat Party, I’d be hard-pressed because the number of possible choices is so large. But if I may, give an observation as a former resident (and also citizen) of a Social Democracy on a point that I don’t think most Americans fully understand.
What distinguishes social democracy from other forms of socialism is that when social democrats lose an election they accept the results. That was true in Sweden when the Social Democratic party finally had to give up power after about 50 years. And it was true in Australia when the current PM Scott Morrison surprised everyone by winning their most recent election.
American democrats have never, and never will accepted the results of the 2016, and are promising us not to accept the results of the 2020 election should they lose.  They have signaled this for the last four years by Russiagate, the ridiculous impeachment theater, the nomination of an obvious puppet candidate (proxy for others), their push for mail-in voting, and proposals such as ending the filibuster, packing SCOTUS, creating several new states, ending the Electoral College, making illegal immigrants citizens, and open borders, every single one of them designed to fundamentally change the country in ways that would keep the left in power indefinitely.
The left is exploiting the goodwill of Americans and their desire to bend over backwards to avoid any taint of racism and to atone for the racist past. Therefore, a great deal of the Democrats’ agenda has been redefined as anti-racist. That is the key they believe will lead to permanent power, and they are betting that the citizens of the US will hand it over to them.
Leftists can sense that Obama’s “fundamental transformation” is well within the possibility of imminent realization, and thus by fair means or foul they will stop at nothing to pave the way for rule by a corrupt and senile fool, managed by a Lady Macbeth of color and abetted by a large group of wealthy and powerful interests within the MSM and Academia to ensure that never again will non-leftists ever be able to have any real influence on policy or opinion within this moribund republic.